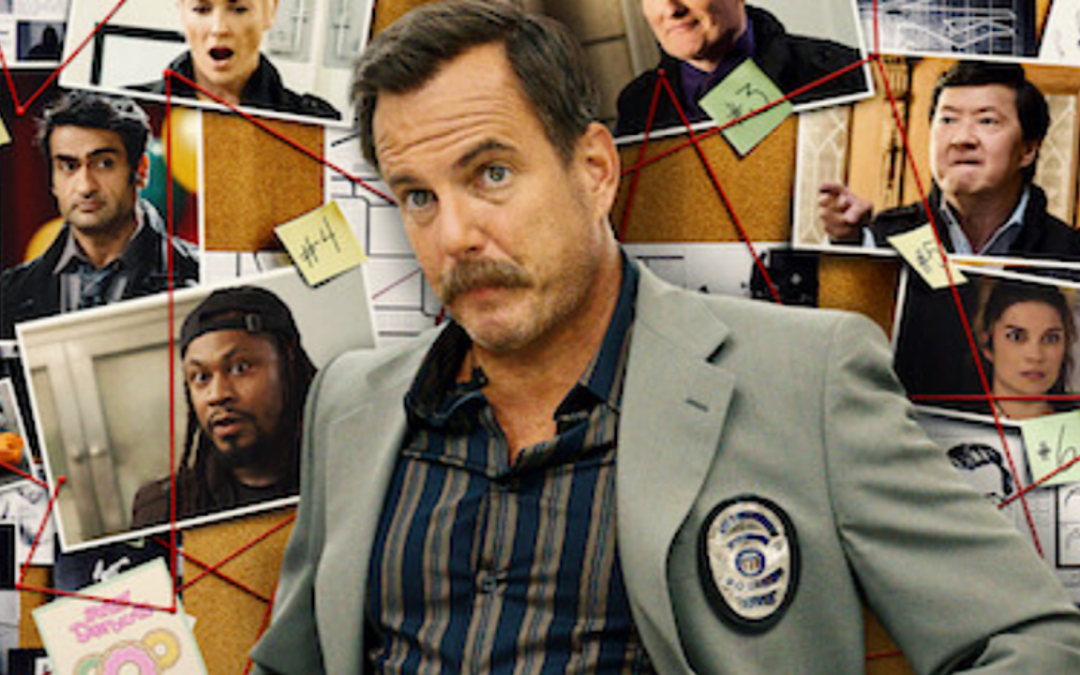 Matt Novack, a 2002 graduate of the NIU School of Music with a degree in music composition, served as the music composer for the new Netflix series Murderville.

Murderville is a comedy starring Will Arnett with improvised elements, including a new guest star homicide detective trainee of the week. The guest star is the only person in the cast who doesn’t know the plot of that episode and has to try to figure out who committed that week’s murder. Guest stars in season one included Conan O’Brien, Kumail Nanjiani, Sharon Stone, Annie Murphy, Ken Jeong and former NFL star Marshawn Lynch. Murderville is based on a BBC Series, Murder in Successville.

In an interview with Bleeding Cool, Novack explained how he approached writing music for some of the show’s more suspenseful moments.

“You start minimally. You start building tension and give it a base to explode from. Like if you’re having a horror sting like a shock, like a screeching violin or a cymbal crash or something or brass blast. They work so much better if you’re coming from a foundation of just simmering tension.”

Novack earned a graduate certificate in scoring for motion pictures and television from the University of Southern California.