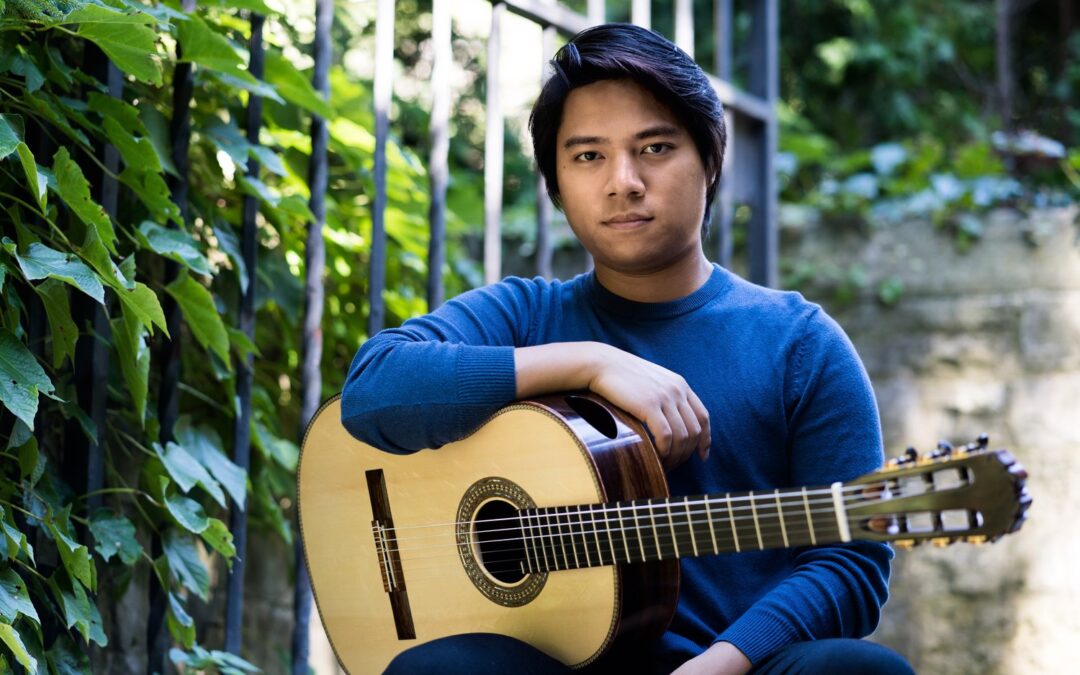 Immediately following a faculty recital, Tuesday, November 16, by the NIU School of Music’s internationally acclaimed classical guitarist An Tran, an AAPI (Asian Americans and Pacific Islanders) faculty and staff reception will be held in the lobby of the Boutell Memorial Concert Hall in the Music Building. The reception is sponsored by the Asian American Resource Center, the Office of Academic Diversity, Equity and Inclusion, Center for Southeast Asian Studies and the Asian American Certificate Program. The reception is open to the public.

The recital begins at 6:30 p.m. in the Recital Hall (next to the Concert Hall) and Tran will be performing music from Vietnam and around the world. The recital is free of charge thanks to a sponsorship by the Center for Southeast Asian Studies. The reception will begin at approximately 7:30 p.m.

Michelle Bringas, director of the Asian American Resource Center said like a lot of events these days, this one had been in the works for a long time. “The four sponsoring units wanted to host an AAPI faculty staff and student reception pre-pandemic but weren’t able to do so,” she said. “An Tran’s guitar recital seemed like the perfect synergistic opportunity to support a fellow colleague and host this reception immediately following the recital.”

Vernese Edghill-Walden, vice president for Diversity, Equity and Inclusion and chief diversity officer at NIU said, “It is an honor to be a co-sponsor for the AAPI reception and we look forward to An Tran’s recital.  In person community events like this are important and have been a joy to be a part of after the many months since the pandemic. I look forward to reconnecting with faculty, staff and students.”

Tran is based in Chicago and has won 13 international and awards. he has been praised for his “gorgeous playing” and “flawless technique” by the KnoxTNToday, and received many accolades for his dynamic artistry including being hailed as a “Vietnamese guitar virtuoso” by Austin Classical Guitar.

An Tran joined the faculty in the School of Music in 2020. An Tran started learning the guitar at the age of eight with Vietnamese guitarist Nguyen Hai Thoai. Afterward, he received his musical training at the Vietnam National Academy of Music studying with guitarist Vu Viet Cuong. He received his B.A. in Music and the Distinguished Young Alumni Award from North Park University, studying with Julie Goldberg and Tom Zelle and his Master of Music along with the Southeast Asia Studies Fellowship from Yale University, studying with Benjamin Verdery.

Currently a Dorothy and Carl Johnson endowed Doctor of Musical Arts candidate at Northwestern University studying with Anne Waller, An continues to transcend boundaries with his music.