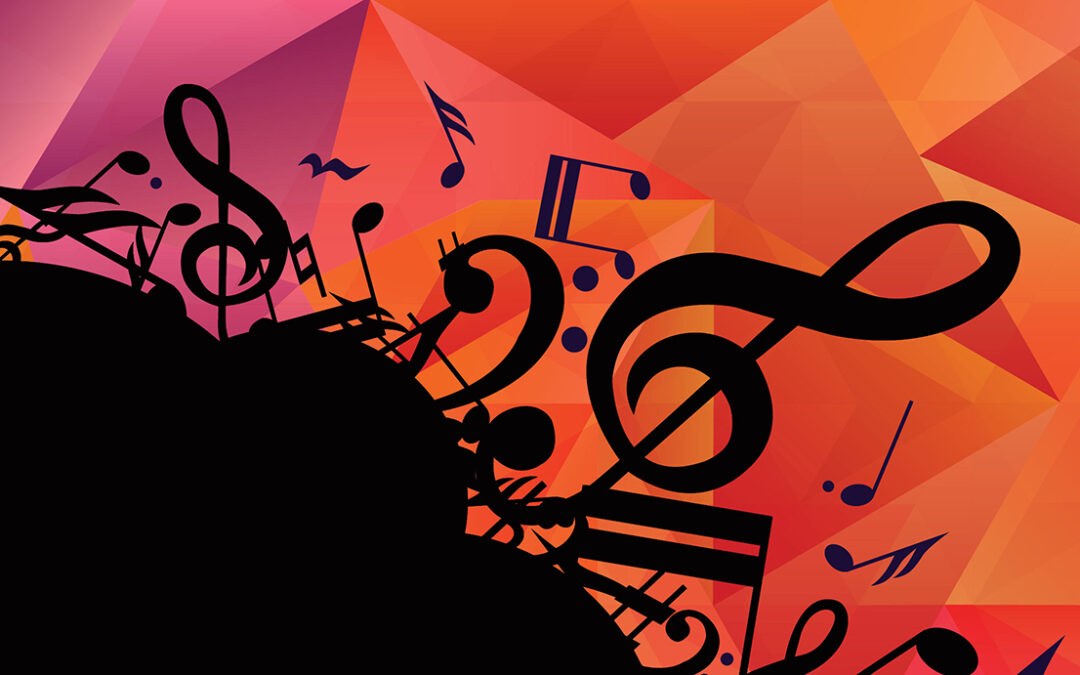 As the spring semester nears an end, the NIU School of Music presents a special Wind Symphony concert that will not only showcase the hard work of NIU students, but will also feature a pair of premieres of newly composed music.

The concert will feature the world premiere of a composition by Tom Bough, professor of music, Wind Symphony conductor and director of Athletic Bands at NIU. Bill Bailey, Won’t You Please Trombone features a trombone solo by Andrew Glendening, director of the NIU School of Music.

Impulse Control: Concerto for Drum Set and Wind Ensemble, composed by Evan Ziporyn, will have its Illinois premiere, with a drumset solo by Dan Piccolo, assistant professor of percussion at Bowling Green University.

The concert will be live streamed online, Thursday, April 22 at 8 p.m. Due to COVID restrictions, seating is limited and tickets must be pre-purchased online. Dan Piccolo has performed, taught, and studied internationally during his twenty-year professional career. He is currently Assistant Professor of Percussion in Bowling Green State University’s College of Musical Arts.

Dan holds both a DMA and BM in Percussion Performance from the University of Michigan School of Music, Theatre & Dance, and during his Master’s studies in U of M’s Jazz Department he focused on improvisation. He has studied concert percussion with Michael Udow, Salvatore Rabbio, Joseph Gramley and Jonathan Ovalle, among others, and his drum set and improvisation teachers have included Michael Gould, Steve Curry, and Ed Sarath. Dan is also skilled in several forms of non-Western percussion, having studied frame drumming with Jamey Haddad and tabla with Pandit Kuber Nath Mishra in multiple visits to Varanasi, India. A grant from the University of Michigan’s International Institute funded the first of these visits, and he returned to Varanasi in the winter of 2015 thanks to an award from the Presser Foundation. An additional award from U of M’s International Institute made it possible for Dan to begin formal studies of West African music in Ghana in the summer of 2014. From 2014 to 2019 Dan served as a member of the Percussive Arts Society’s World Percussion Committee, and he currently serves as Associate Editor for Professional Development for the Society’s journal, Percussive Notes.

Dan’s debut solo recording, Monobot, was released on the Equilibrium Recordings label in December 2020. In October 2019 Dan gave the world premiere of Evan Ziporyn’s concerto for drum set and wind ensemble, Impulse Control, which written was written for Dan and for which he led the commissioning consortium. Dan has also premiered works by Emma O’Halloran, Jonathan Ovalle, Payton MacDonald, and Anthony Di Sanza, as well as his own compositions, and he continues to actively work with composers to commission new solo and ensemble works for percussion. Composer/conductor/clarinetist Evan Ziporyn‘s music has taken him from Balinese temples to concert halls around the world.

He has composed for and collaborated with Yo-Yo Ma, Brooklyn Rider, Maya Beiser, Ethel, Anna Sofie Von Otter, the American Composers Orchestra, Boston Modern Orchestra Project, Iva Bittova, Terry Riley, Don Byron, Wu Man, and Bang on a Can. In 2017, his arrangements were featured on Ken Burns and Lynn Novick’s The Vietnam War, and on Silkroad’s Grammy-winning album Sing Me Home. Thomas Bough serves as the Director of Athletic Bands and Wind Symphony Conductor at Northern Illinois University.  His 29 years of teaching experience includes 7 years as a high school band director.  As a Yamaha artist, he leads dozens of clinics and workshops per year.  He has presented three times at the Midwest Clinic and dozens of state music education association meetings around the United States.

As an author, he has contributed twenty articles to the Instrumentalist magazine and hundreds of new music reviews. His compositions are published by Alfred Music, Cimarron Music Press and others. Visit his website at www.TomBough.com to hear excerpts of his many compositions for concert band, marching band, and solo instrumentalists with band accompaniment. Andrew Glendening is the Director of the School of Music and Professor of Music at Northern Illinois University. A native of Logansport, Indiana, he earned a Bachelor of Music degree in Trombone Performance from the Oberlin Conservatory of Music before attending Indiana University, where he was awarded the school’s highest honor: the Performer’s Certificate. He also earned a Master of Music degree and was the first ever recipient of the Doctor of Music degree in Trombone Performance from the Indiana University School of Music. His primary teachers were M. Dee Stewart, Per Brevig, Thomas Cramer, and Frank Crisafulli. For fifteen seasons he served as Principal Trombonist of the Redlands Symphony Orchestra and has performed as a substitute with the Chicago Symphony Orchestra, the San Diego Symphony Orchestra and the California Philharmonic. Six of Dr. Glendening’s trombone students have won the U.S. Army Band National Solo Competition. Dr. Glendening was host and artistic advisor for the 2017 International Trombone Festival and has performed, judged and/or presented at the International Trombone Festivals in Cleveland, Illinois, North Texas, Eastman, Iowa and Ball State as well as the 2019 International Women’s Brass Festival.