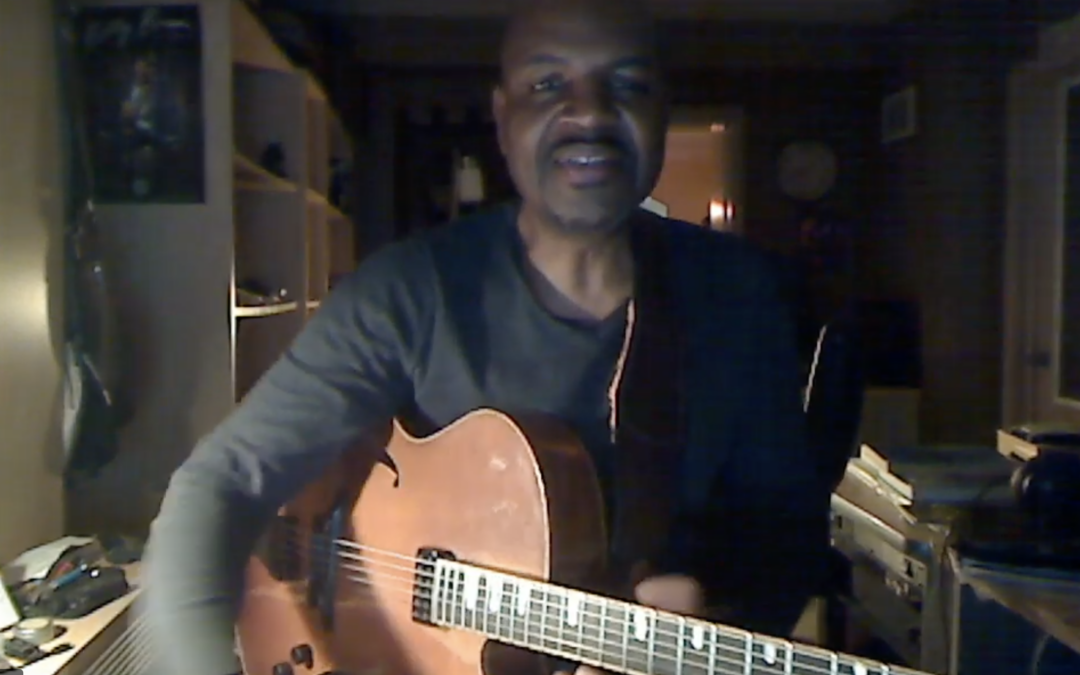 Bobby Broom performed “I’ll Be Seeing You” as part of a “Shelter in Place” concert with fellow NIU School of Music faculty Reggie Thomas and Liam Teague on Facebook Live, March 21, 2020.

Harlem Born, New York City raised, Bobby Broom has been heralded as “one of the most musical guitarists of our time” by jazz historian and author, Ted Gioia. Playing Carnegie Hall with Sonny Rollins and Donald Byrd at age 16, Broom recorded his debut as a leader, “Clean Sweep,” for GRP Records at age 20.

Broom has released 17 recordings in total as a leader. Many have received airplay resulting in national jazz radio chart positions of #1 to #3, resulting in his being recognized as one of the top guitarists by Down Beat magazine’s annual Reader’s Poll in 2015, as well as their Critics Poll for four years, from 2012-2014 and again in 2017.

A dedicated jazz educator throughout his career, Professor Broom holds a Master of Music degree in Jazz Pedagogy from Northwestern University.

Are you a student, alumni or faculty member in the NIU College of Visual and Performing Arts with video of yourself performing or creating, or photos of a finished product? Use this form to share it with us.