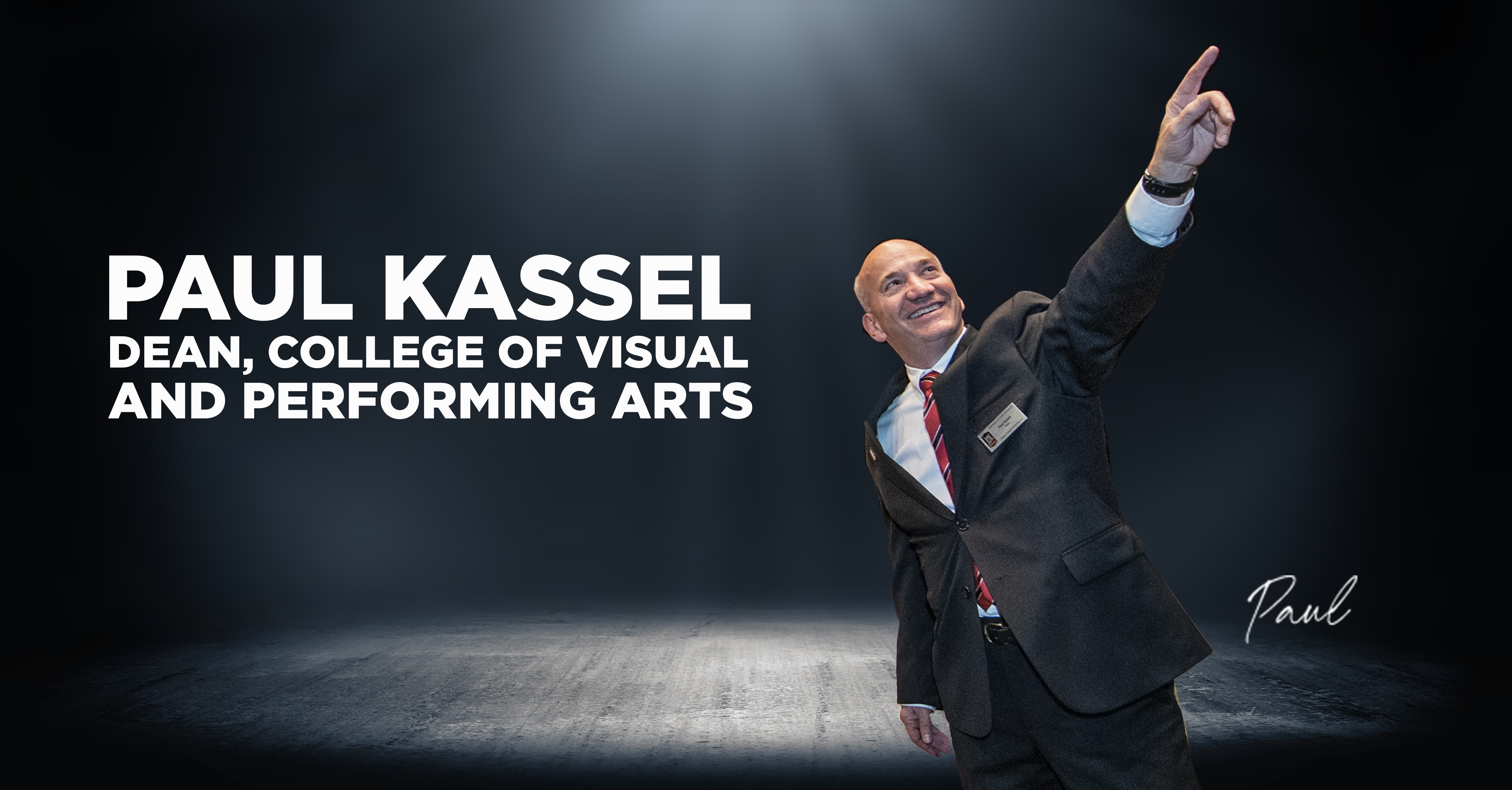 Paul Kassel is the Dean of the College of Visual and Performing Arts and a full professor in the School of Theatre and Dance at Northern Illinois University. Dean Kassel manages the operation of the Schools of Art and Design, Music, and Theatre and Dance. He also oversees the operations of the NIU Museum and the Community School of the Arts (CSA).

In addition to responsibility for the financial management, Dean Kassel guides the fulfillment of the mission and vision of the college. Working closely with the School Directors, the Directors of the Museum and CSA, and the Directors of Development and Marketing, Dean Kassel has grown the College’s presence on campus and in the region. He has newly established the Advisory Council, which membership spans the arts disciplines, business partners, and major cultural institutions including the Goodman Theatre and the Chicago Sinfonietta.

From July 2013 to July 2015 he was Interim Dean for School of Fine and Performing Arts at SUNY New Paltz, and Associate Dean for two years prior to that. Dean Kassel was a professor of Theatre Arts at SUNY New Paltz (2004-2016) and at Stony Brook University (1998-2004) where he taught acting, voice, movement, directing, and directed plays. He was Head of Acting at Bradley University from 1993-1998.

Dean Kassel’s book, Acting: An Introduction to the Art and Craft of Playing, was published by Pearson in spring of 2006. A new book, The Actor’s Path: An Evolutionary Approach to the Art and Craft of Playing, is currently being revised. In addition to his books, Dean Kassel’s scholarly work includes several publications and many conference presentations on acting and performance theory. Publications include “The Four Fundamental Verbs (Theatre Topics V9. N2) and “Random Acts”–an essay on applying an action-based approach to non-realistic theatre in Method Acting Reconsidered: Theory, Practice, Future (St. Martin’s Press, 2000). He is the managing editor of The Players’ Journal, an e-journal by and for actors and teachers of acting. In New York City for eleven years as a professional actor, director, and writer, Dean Kassel worked off, and off-off-Broadway, in regional theaters, and in several films and television shows.

He has written four original plays (including The Velvet Pumpernickel, which was produced at the Sanford Meisner Theatre in New York City), and several adaptations (including an updated, musical version of Lysistrata for which he also wrote the lyrics and co-wrote the music). Dean Kassel has maintained his professional career since entering academia, most recently performing the role of “Reverend Wilson” in a staged reading in New York City of a new musical, The Life and Hard Times of Hester Prynne (book and score by Stephen Cheslik-deMeyer, who wrote Lizzie). He has acted and directed for Half Moon Theatre Company and River Valley Rep, two professional theatre companies in the Hudson Valley. On Long Island, he was the founding artistic director of Asylum Theatre Company, for which he performed and directed. He also devised the original play, What Remains—Long Island Voices of 9/11, which toured throughout the area. Professor Kassel received his M.F.A. in Performance from the Florida State/Asolo Conservatory of Professional Actor Training.

As an Honors Faculty Fellow, Dean Kassel will teach a seminar on the Evolution of Art in fall 2021 in the University Honors Program. The Honors Faculty Fellowship program identifies faculty eager to teach innovative, exciting seminars of interest to highly-motivated students from across the university.

I am continually engaged in chronicling, reviewing, and critically analyzing the performance experience with intention for publication. It is important to articulate the performance process, not only from a historical or theoretical position, but from an experiential...
Read More

Acting View production photos I have trained in a variation of the Meisner technique, studied the major methods in New York and have a strong classical background. However, I believe there is no single way or method to create a role or craft a performance. My primary...
Read More

Association of American Colleges and Universities