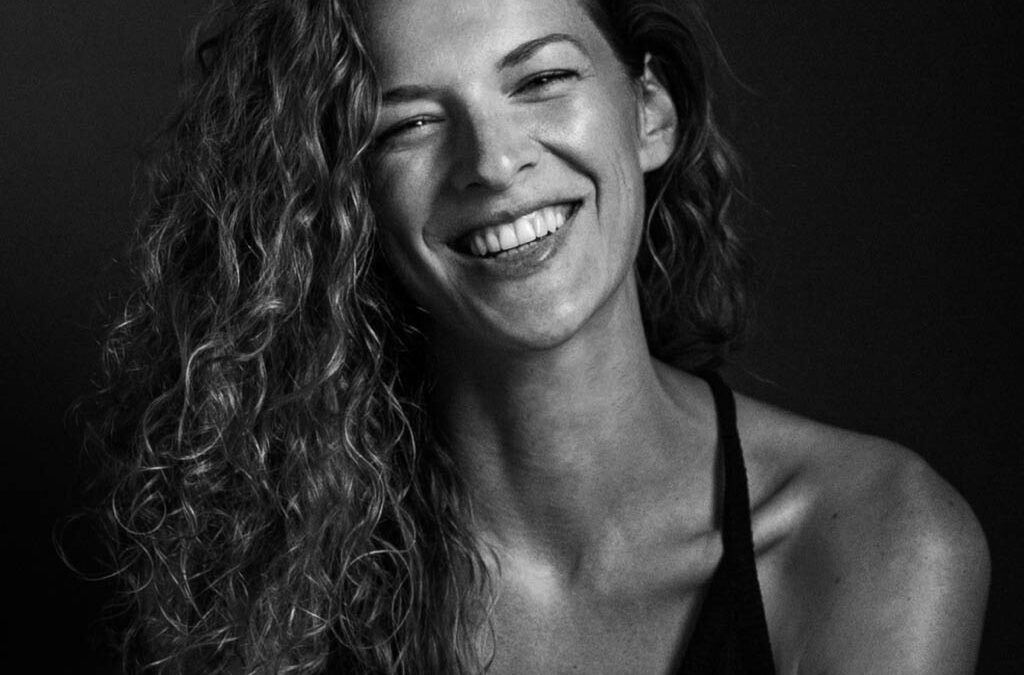 Laura Fenwick, ’12, was only 23 when she started her fine arts photography business, but for her, it was a stressful beginning, and success came after a lot of hard work.

Fenwick’s most recent achievement is her outstanding work being featured in British Vogue over three monthly issues, with the magazine highlighting images selected by her and British Vogue.

For the first issue, she chose what she described as one of her favorite shoots, where she shot at the Bonneville Salt Flats in Utah. The Salt Flats are a remnant of Lake Bonneville, which covered over one-third of Utah from 10,000 to 32,000 years ago.

“They’re perfectly flat. It’s an arid salt lake that’s turned into a desert,” she said. “The top shell of that environment is all salt so when it gets wet and the conditions are right, it’s a perfect mirror.”

Fenwick concepts and shoots visual brand marketing campaigns, mostly focusing on travel, for the bulk of her business.

Fenwick, who ultimately earned a B.F.A. from NIU with a business minor, grew up in the small town of McHenry, Illinois. Her father was a blacksmith and her mother a homemaker and later, a bank teller until her retirement; both attended NIU and met there.

Fenwick said she knew she wanted to be an entrepreneur and has always been competitive, so the business minor was a perfect match. She recalled with a laugh her days as a Girl Scout when she would give her cookie order forms to her older siblings, who were in high school, to sell to teenage friends in addition to her own personal sales — which were sometimes unconventional in their entrepreneurialism.

She said that when she was young, she knew she wanted to be a photographer.

“I was in the fourth grade when it really locked in for me. It felt like a tectonic plate was clicking into place, and it never unclicked,” she said.

While at NIU, she lived in Douglas Hall for two years and off-campus apartments for two years. She and her friends loved socializing at Lord Stanley’s and the Annex, and the House Café in DeKalb. On campus, Fenwick said she enjoyed hanging out in the dark room on the third floor of the Art Building, and in the Honors lounge in Douglas Hall.

“We used to sit on the pool table and talk or listen to friends play the piano that sat in the entryway,” she said of Douglas Hall.

While at NIU, she was involved in the Honors Student Association as a member and board member. She also received an Outstanding Woman Award from the Presidential Commission on the Status of Women in 2012.

Fenwick said she was impacted in many ways by her instructors and professors at NIU, including Dennis Barsema, ’77, and Brian Wilk at the College of Business, and Andrew Liccardo, Paul Clark, M.F.A. ’88, and Cindy Hellyer-Heinz, M.F.A. ’00, in the School of Art and Design.

She said Liccardo offered detailed yet fair critiques and fed his students crucial information on being a professional photographer.

“His critiques were incredibly good. They were structured very well. They were funny,” she said. “Everybody got to stay on the inside of the moment. Also, his work was in landscape photography, and he was really good about showing his own work and talking about how, for example, some of his pieces were funded.”

Fenwick said being a student of Liccardo’s allowed her to be able to look at her work and be proud of it 10 years later.

“The feedback I received helped make it, to that point in my life, some of the best work I’d ever made,” she said. “And then to be 10 years out from that body of work, I can look back at it and honestly say, that was great.”

Fenwick said Liccardo now teaches in Colorado, and that he is still willing to help his former students, including her, with challenges years later. She said he recently helped her with a complex issue related to a contract.

“Just the fact that an educator almost 10 years later would be like, yes, I will still take your phone call, I will help you with this very challenging contract question, no problem…” she said. 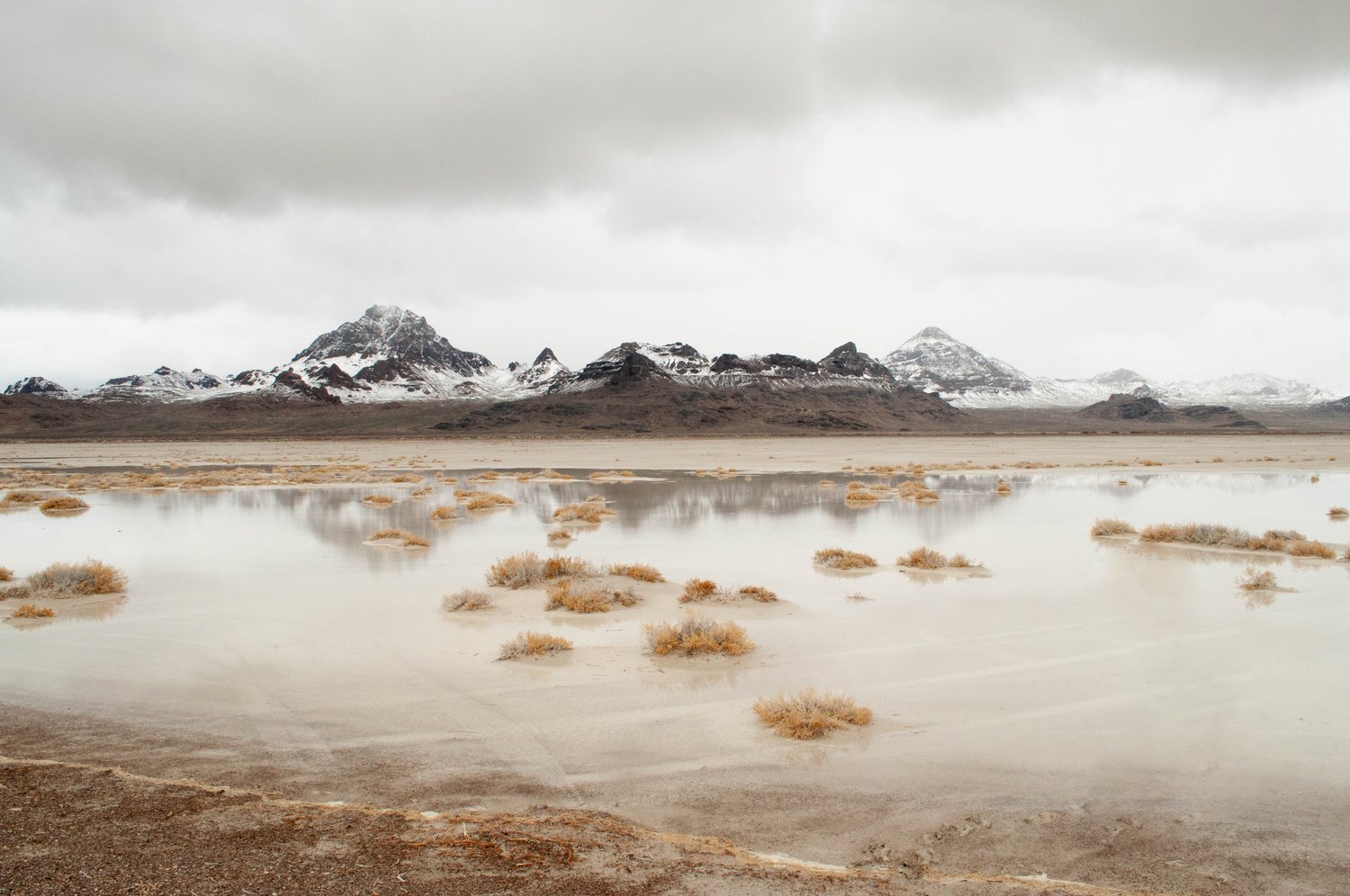 Clark, an adjunct and also a professional photographer, excelled at teaching and encouraging his students, she said. He would often stop in mid-conversation and give a lesson on, for example, the math and chemistry related to shadows and exposure related to the light in the room he was standing in. She said his lessons helped her become better at the math needed to excel as a photographer.

Fenwick said she had Hellyer-Heinz as a drawing professor, and that her levels of energy and enthusiasm were enviable. She praised Hellyer-Heinz’s one-on-one critiques with her students.

Fenwick praised Barsema for his ability to match business skills with real life examples, which helped students like her who were not business majors.

“He really blended real life and business, which is rare in business school,” she said. “Incredible educator, incredible inspiration, the fact that he makes time for everyone, he remembers everyone’s name; it’s easy to almost brush past how great he is, because it’s common knowledge or partially assumed, but he’s fantastic.”

Fenwick took management classes from Wilk, and said he would frequently deviate from the textbook, discussing real life business situations. Years before the global conversation steered toward working from home, and a flexible work-life balance, she said Wilk talked about treating one’s employees with dignity and flexibility.

“He would talk about how management is really about knowing the people around you and leading them well by being open to their needs,” she said.

After graduating from NIU, Fenwick worked in Italy as an au pair, before returning to the U.S. and eventually settling in Nashville, where her business is still based today.

When she first moved to Nashville, she was working non-stop bartending and waitressing, with the goal of paying down her student loans as much and as fast as possible. At the same time, she established the LLC for her photography business and was doing shoots on the side.

However, she burned out balancing multiple jobs, and eventually decided to take a risk by quitting her hospitality gigs and going full-time with photography.

“I went full-time, and it wasn’t because I had clients knocking my door down, it was a self-reckoning of, oh, I’ve got to do this, this is very important and it needs to happen now,” she said.

After a few months running her business full-time, Fenwick was having doubts. She was getting offers to do work, but it wasn’t work that was fulfilling and she thought, if this was going to be her dream job, and it’s going to be this challenging, it should be at least somewhat enjoyable sometimes. She decided to go to California, visit her sister, and think about the future of her business.

While there, in a conversation with her sister and her now-brother-in-law, one mid-story mention stuck out. They said there was a principal in snowboarding and surfing called “the stoke is universal.”

“He said, the idea is if you’re on a mountain and you’re like a triple-Black Diamond snowboarder, and you’re doing really challenging runs, but you are not having a good time doing them, then you are a lesser snowboarder than the people who are on the bunny hills and having the time of their life,” she said. “The stoke is universal: it means, no matter the level you are in your ability, the stoke is going to find you and it’s going to hit you in the same way as somebody who is at a different level, because your experience is the same if you are prioritizing the right experience.”

Fenwick said when they told her about that, she very much related to it and realized that, although she had incredible skills, she was acting like the skilled snowboarder who was having a miserable time. 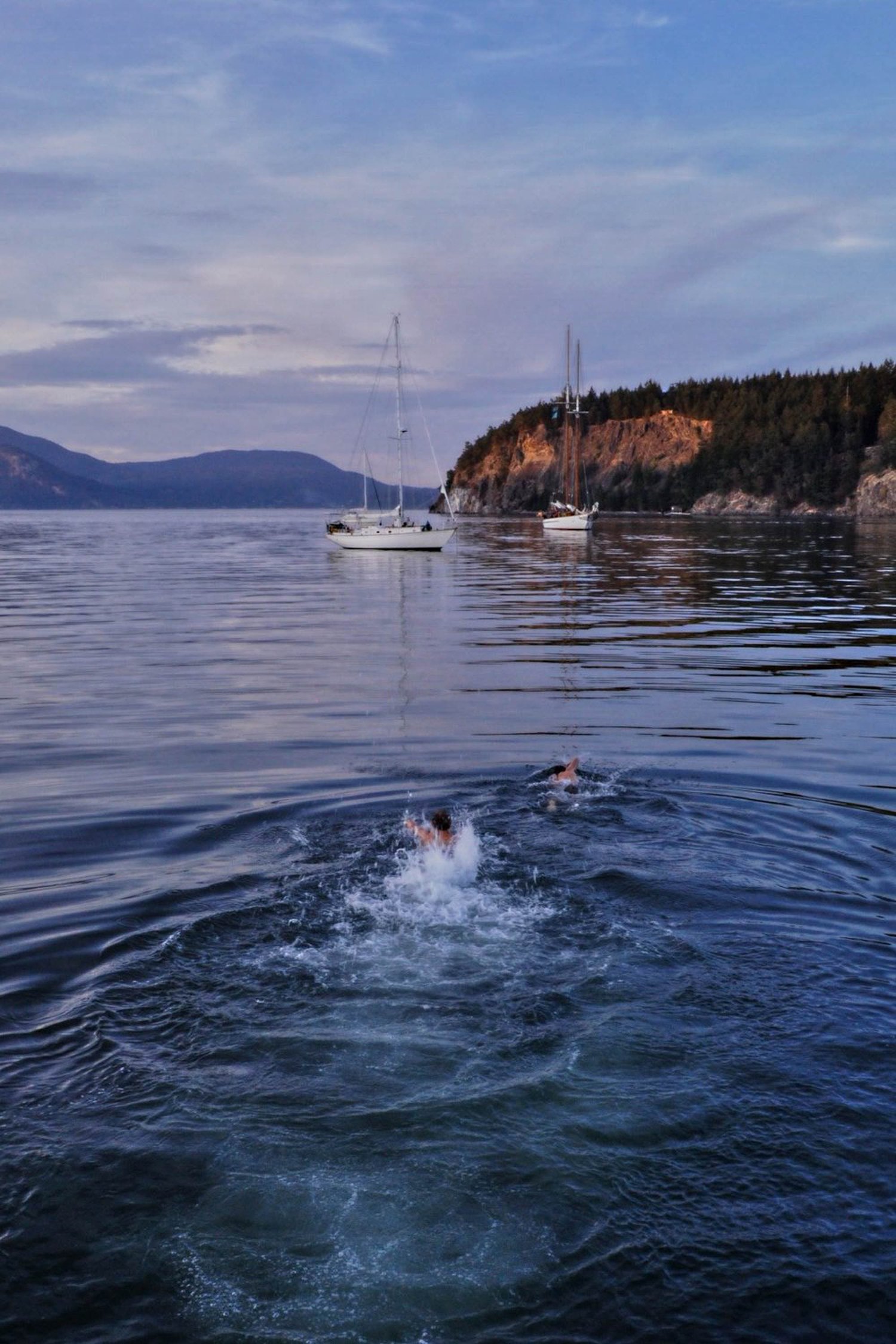 Fenwick reached out to the owner of a kite surfing school in Mexico. He told her he loved the idea, and his school ended up being the primary sponsor of her surf project.

After spending time in Mexico, getting to know other photographers and artists who lived there and were working on shoots, she learned that the sport was very popular with high-level executives from around the world.

“By the time I finished Mexico, I had more or less filled out an entire year of contracts,” she said. “And then it just continued where it was still enormously hard work but suddenly I was known as the person who was doing what I really wanted to be doing in the first place.”

Fenwick said her experience in Mexico gave her momentum in her business that hasn’t stopped, and has led to her success.

“That project launched the next year of my business, and it’s rolled since then,” she said.

Fenwick said it was through that experience that she realized people want to see someone be successful when they witness them doing what they love.

“When people see you doing what you really want to be doing, they know you in that light and they want to see you continue to be that version of yourself,” she said.

This article originally appeared on MyNIU.com.