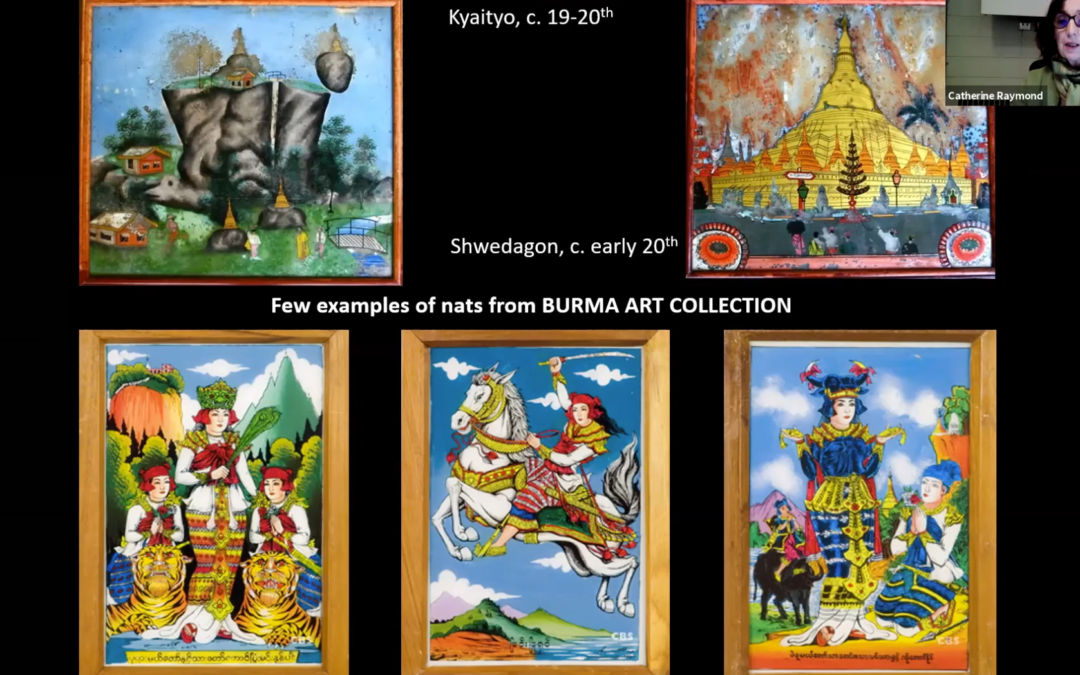 Catherine Raymond, Director of the Center for Burma Studies at NIU and Professor of Art History in the School of Art and Design presented an online lecture for the NIU Art Museum, November 19 titled, Researching the Reverse Glass Painting Tradition Across Buddhist Southeast Asia.

The unique Burma Art Collection at Northern Illinois University encompasses one of the best assemblages of Burmese reverse glass painting from the 19th to 21st century outside of Southeast Asia. This imported art form —which originated earlier in Europe and was highly refined there— became very popular throughout Asia in the 18th century; first among the ruling elites, and then as an important cultural commodity, initially for an export market and subsequently for serving local religious purposes. In this lecture, Catherine Raymond will retrace her journey as an art historian researching the arrival and evolution in Mainland Southeast Asia of this challenging and evidently vanishing technique, yet finding it still widely produced in Burma for devotional artifacts in service both to Buddhism and the cult of the Nat Spirits.

Professor Raymond’s research was funded by a Rakow Grant from the Corning Museum of Glass in Corning, NY