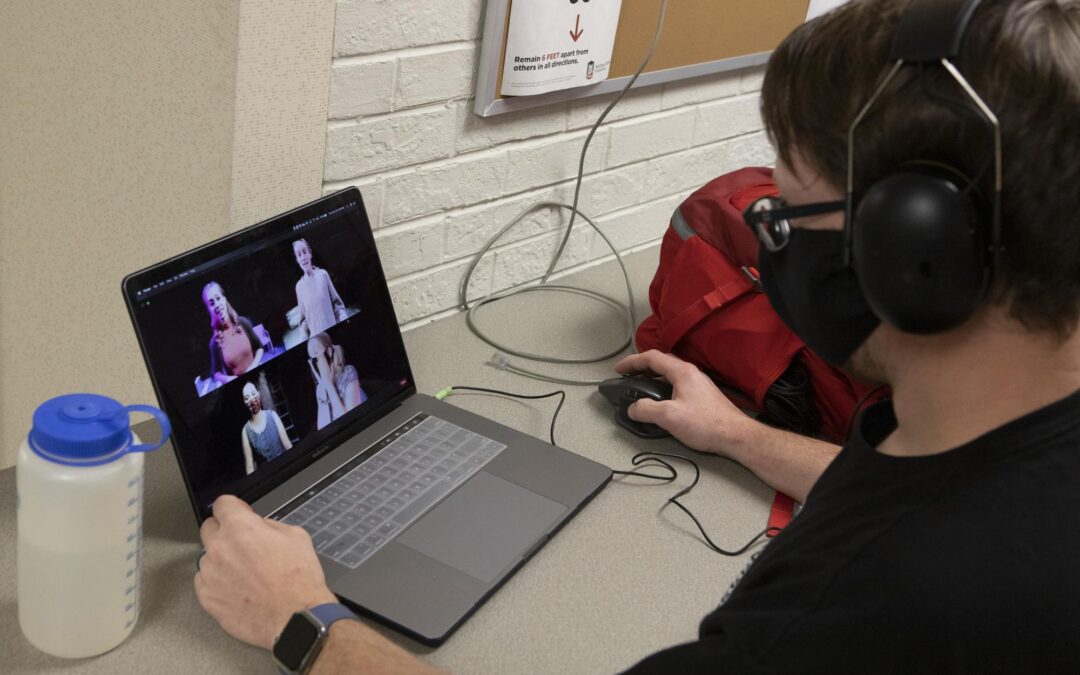 There is a certain satisfaction that can be achieved in finding a solution to a problem that you not only have never faced, but had never anticipated. The cast and crew of the recent production of Girls and Dolls in the NIU School of Theatre and Dance certainly know that feeling.

They started planning for the production in June, uncertain about what restrictions might still be in place in the fall for productions, rehearsals and even classes. As the semester drew closer, it became apparent that even a show with just four cast members was going to be a challenge.

Kay Martinovich, the director, and Associate Professor of Acting and Head of Performance in the school said that a summer full of planning did not have to be scrapped, but it did have to be reimagined.

“I had been working all summer with our scenic designer, Therese Ritchie, who is an MFA grad, our costume designer, Jeremy Floyd and our lighting designer Brandon Wardell, both of whom are faculty members, and we had this incredible design, and because it is set in Derry, Northern Ireland we had brought in Stanton Davis from our faculty to be the dialect coach,” Martinovich said.

“But then we had to pivot, because of all the restrictions that were still in place. Brandon asked the crucial question, ‘Can we be in the building.’ If we could, then we’d have more control over lighting and scenic design and staging. So when we determined it was a ‘yes’ to having thd show in the building, we had to figure out how to make our spaces work.”

The solution was to use four different spaces for the theater. Girls and Dolls features two characters played by four actors, two play the girls as children and two as adults.

“We decided to use the Sally Theatre and the Corner Theatre and two dressing rooms right next door to them,” she said. “We had the younger girls in the two smaller spaces and gave the larger theatres to the older characters to give them some depth and breadth of space.” 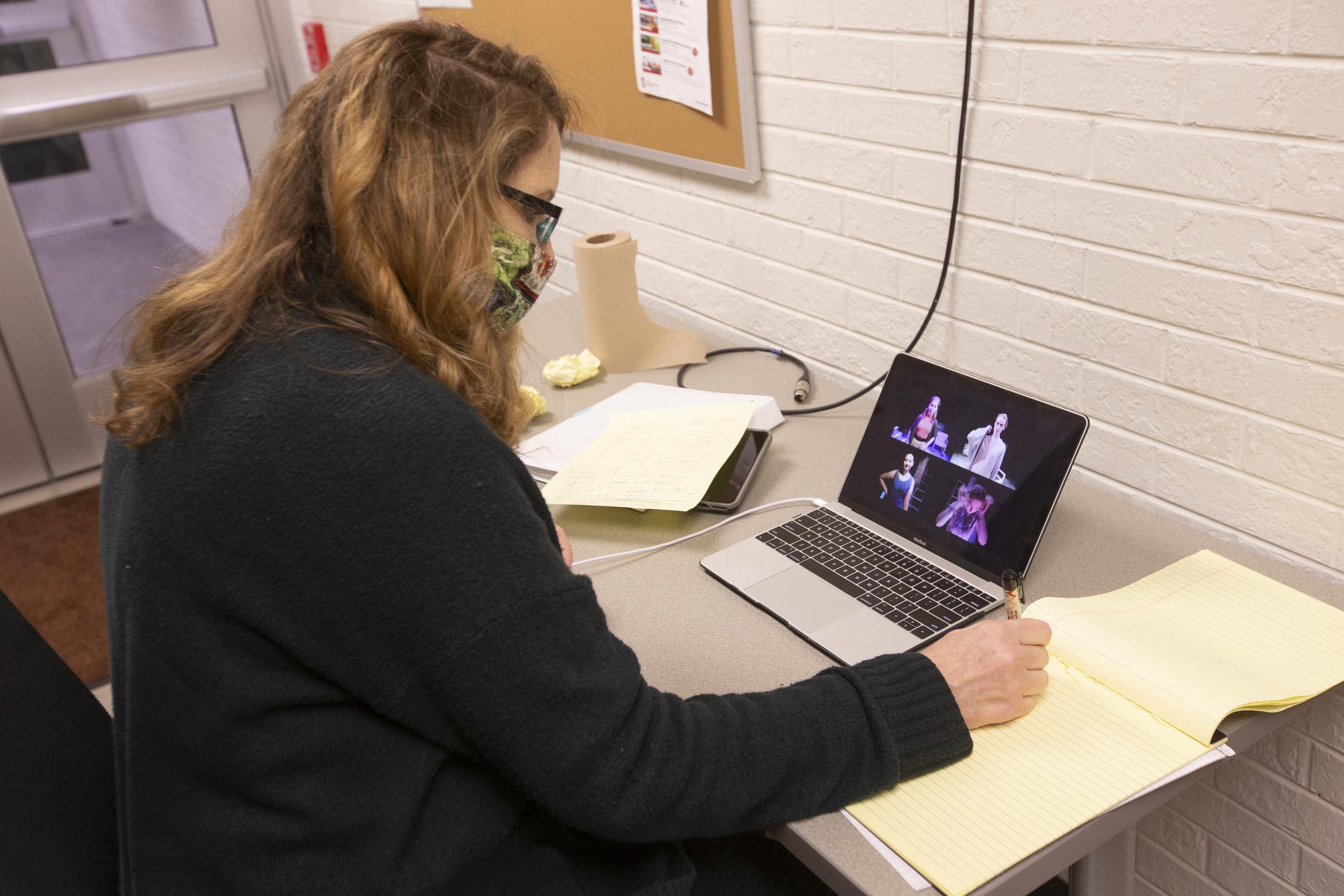 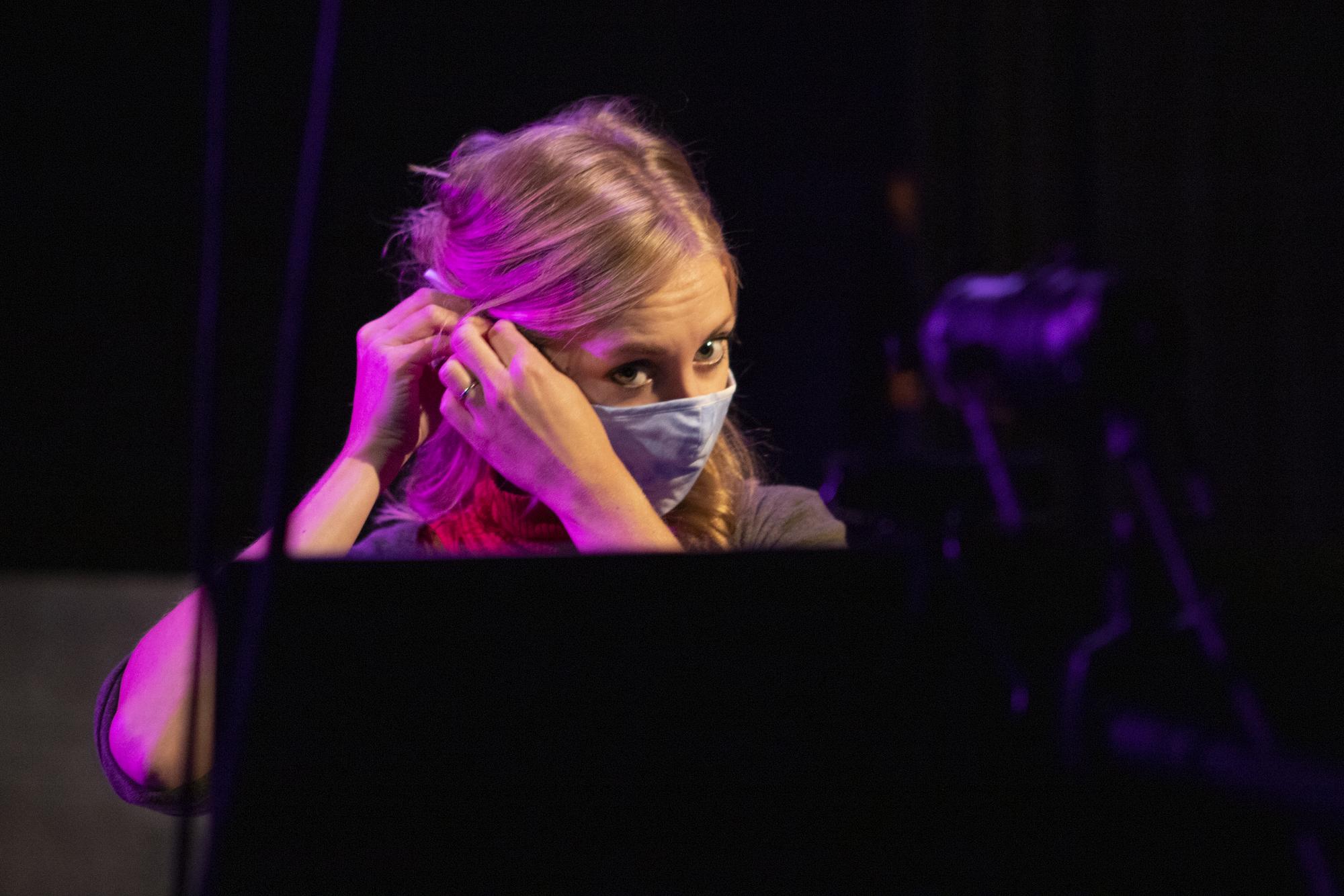 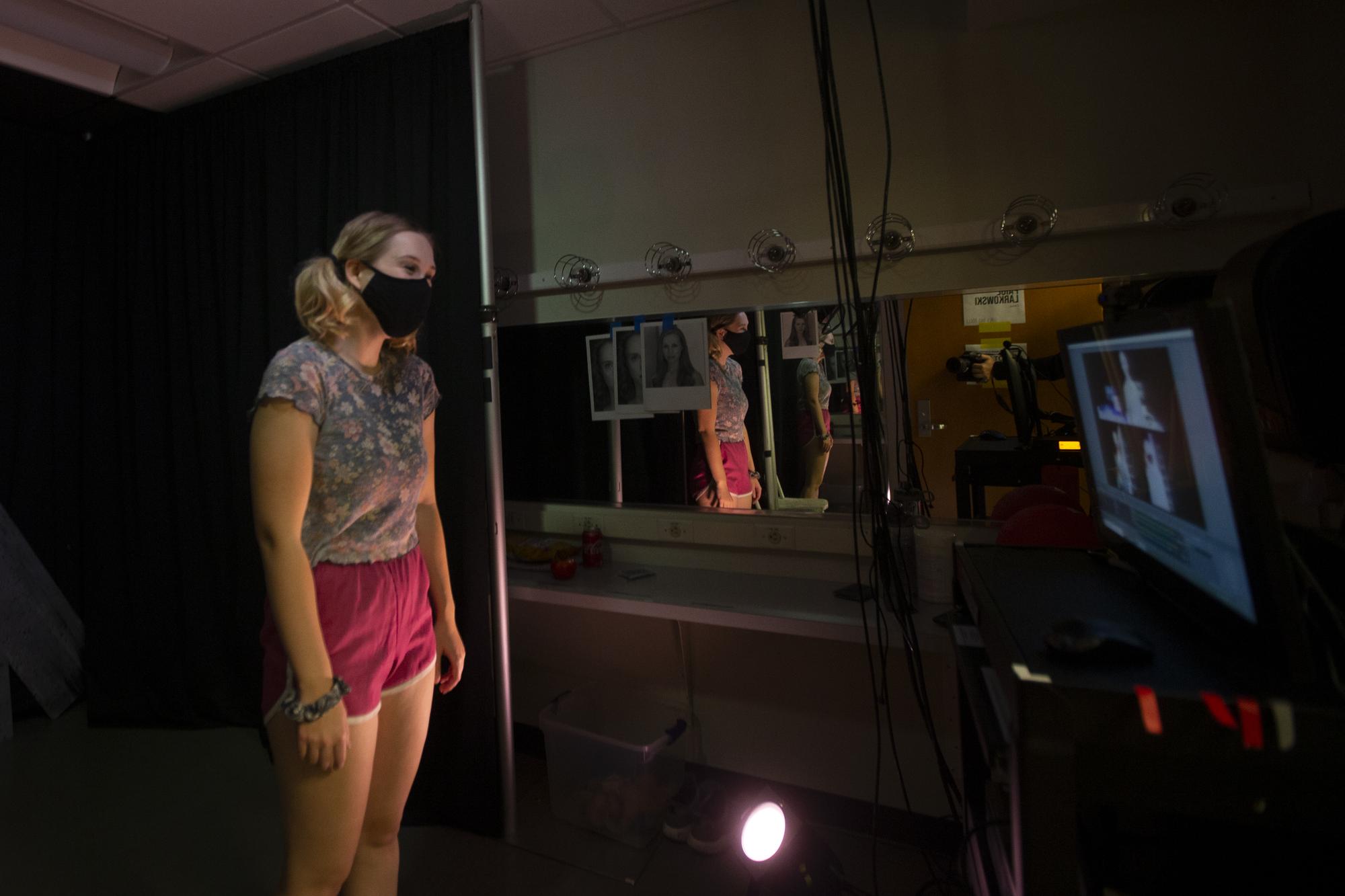 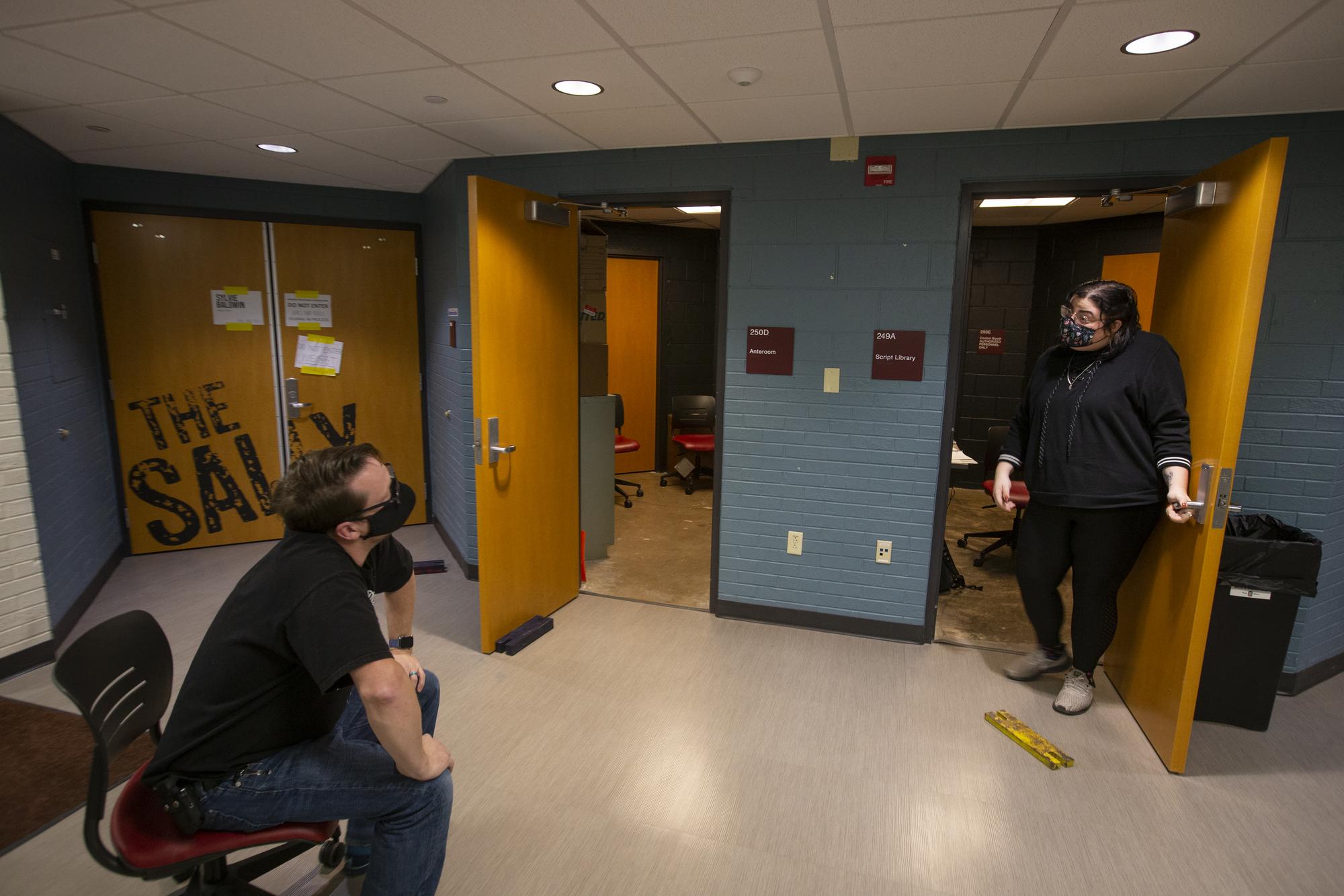 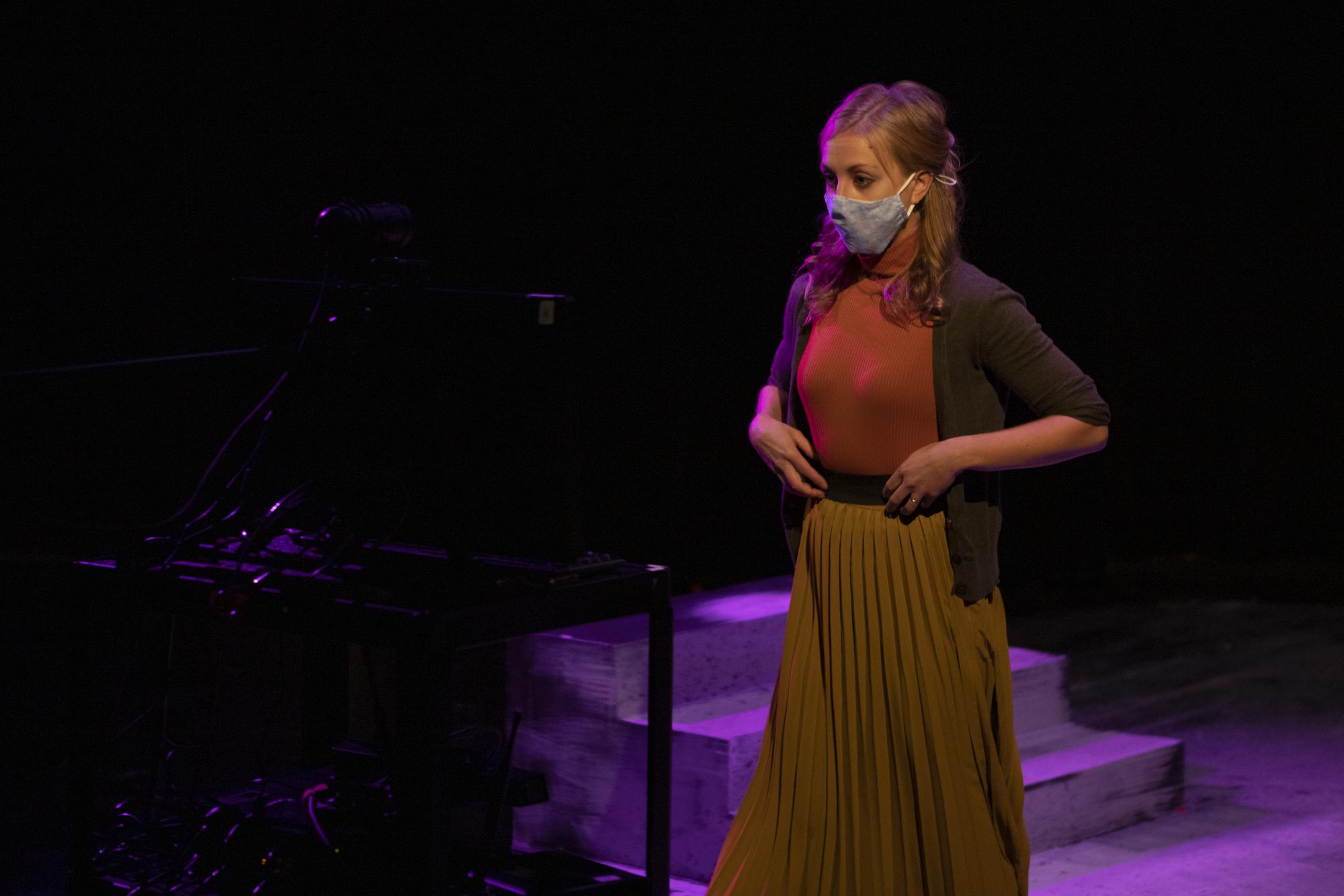 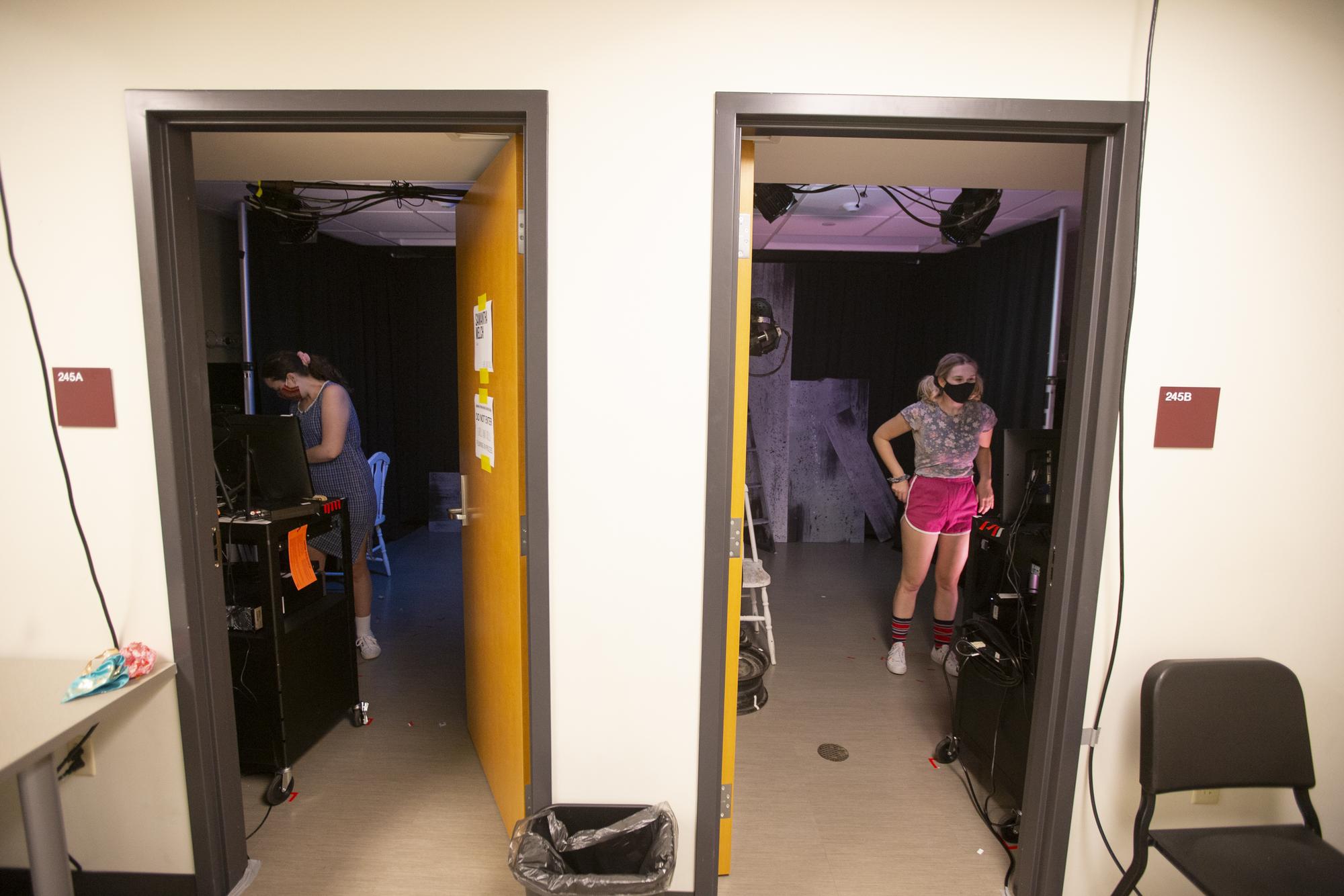 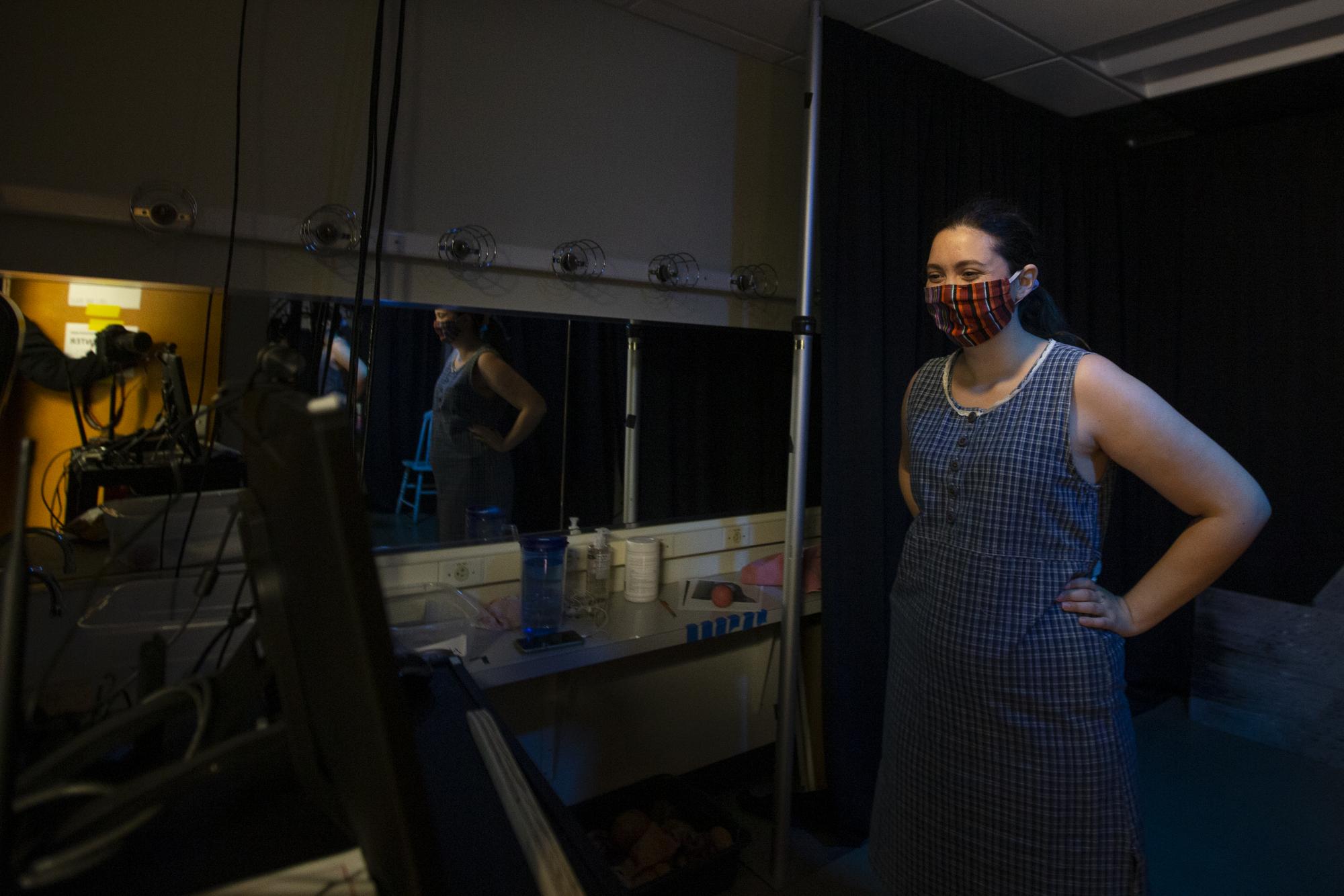 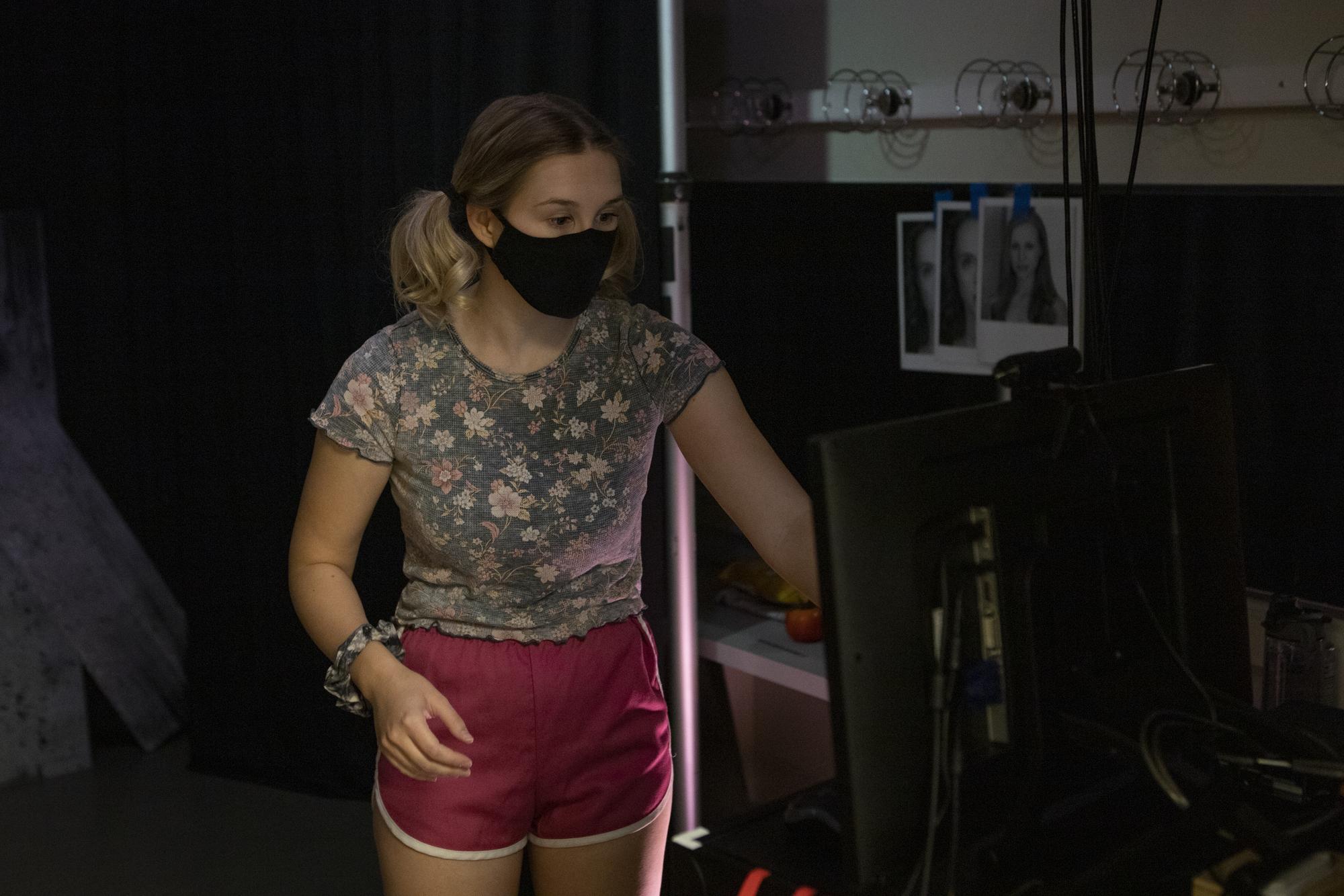 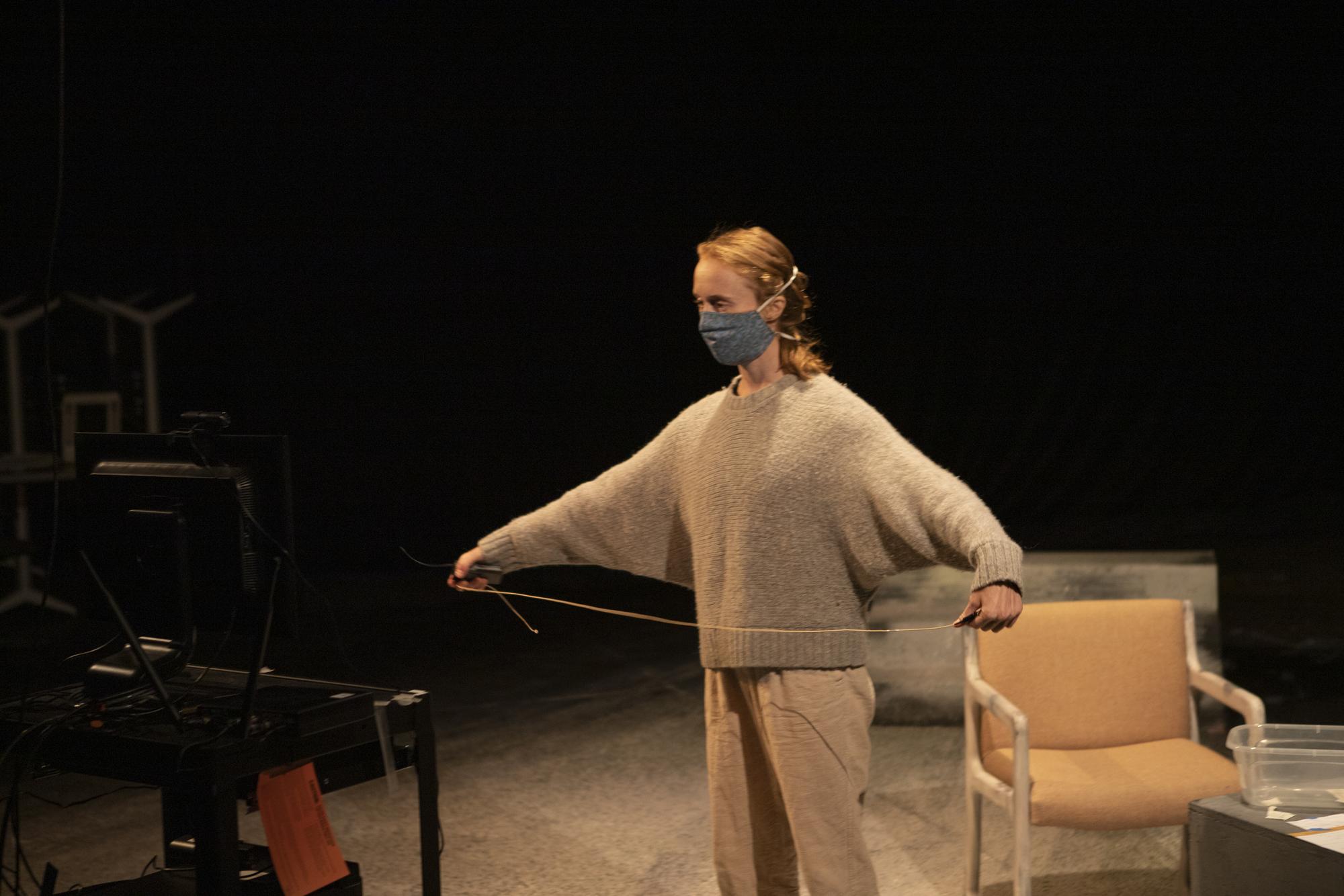 There was be no in-person audience for the show streamed on Zoom, creating the opportunity to switch back and forth between the spaces, but that brought forth a new set of hurdles.

“The technical challenges were numerous, including how are they going to hear each other in the four separate spaces,” Martinovich said. “With the assistance of our master electrician Chris Kursewski we tried different microphones until we found what would work. We could not have done the show without Chris. The actors could see each other from the different spaces on a monitor, but during rehearsal the night before we opened screen savers would pop up and the actors would sometimes have to give the monitors a little bump.”

After initial rehearsals on Zoom, they were able to move into the spaces a week before the show. “The most wonderful part was that everyone on the team was so excited to be back making ‘real’ theater again, all while being fully aware of the safety precautions. Our actors would wear their masks until we cleared the space and they were the only ones in the room,  then they would take their masks off to act. It felt like a real theater production and it looked like a real theater production, and even on Zoom it went seamlessly from scene to scene.”

Girls and Dolls was written by Lisa McGee, and features two women in their thirties, Emma and Clare who struggle to come to terms with the chain of devastating events that began that summer, to understand what they did, what they became and how they were judged.