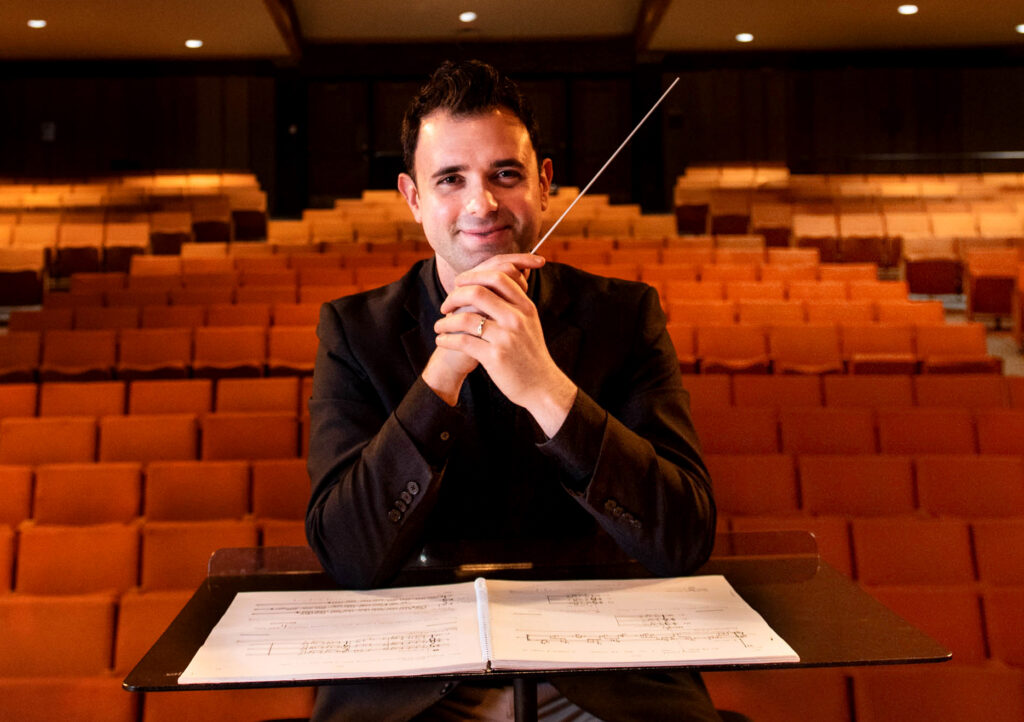 Benjamin Firer, a visiting assistant professor who directs the NIU Philharmonic and teaches music theory, orchestration and orchestral literature in the NIU School of Music, has been named the Music Director of the Metropolitan Youth Symphony for the 2020-2021 season.

An award-winning conductor, Firer is active throughout the Chicago area. At NIU, he helped design a new Master’s in Conducting degree program, and has built a thriving graduate orchestral conducting studio. He is on the faculty of Northeastern Illinois University as conductor, at Lewis University by virtue of his role with the MYSO and the Chicago Chamber Music Festival.

Passionate about inspiring the next generation of musicians, Firer led the Dubuque Symphony Youth Orchestra during their 50th anniversary season, culminating in a side-by-side concert with the acclaimed Minneapolis Youth Symphony. A committed educator, he was engaged as as a teaching artist through the Yale University Music in Schools Initiative, providing instruction at the John C. Daniels Magnet School while serving as Music Director of the Yale-Saybrook College Orchestra. Prior to his current appointment, Benjamin held posts as Interim Associate Director of Orchestras at the Pennsylvania State University, Summer Philharmonic Conductor at the Merit School of Music, Director of Orchestras at Juniata College, and Music Director of the Central Pennsylvania Youth Orchestras.

Firer was selected as an Emerging Conductor with the Peninsula Music Festival and as the conducting fellow for the Atlantic Music Festival. He has garnered awards including The American Prize in Conducting, The Woolsey Concerto Competition, Yale Chamber Music Competition, Ellen Battell Stoeckel Fellowship, and the Long Island University Conductors Award. Recognized for his musical entrepreneurship, he was granted the SUNY Thayer Fellowship in the Arts and the Emma Peters Hooper Endowed Award.

As a guest conductor, Firer has made appearances with the symphony orchestras of of Champaign-Urbana, Dubuque, DuPage, Miami, Fargo-Morehead, Pennsylvania Chamber Orchestra, Orchestra de la Francophonie, Northwestern University Opera Theatre, Alice Millar Brass Ensemble, and New Music New Haven. In demand as a clinician for school and youth orchestras, he collaborates regularly with the Midwest Young Artists, The People’s Music School, McHenry County Youth Orchestras, Rockford Symphony Youth Orchestras and CPS All-City Orchestras. Benjamin holds a Doctorate in Orchestral Conducting from Northwestern University and a Master’s Degree from Yale University. As an orchestral musician he has recorded for the Naxos and Albany labels.