The School of Music’s Yuko Asada was featured in the November 28 edition of the Trinidad and Tobago Guardian, for her upcoming trip to Thailand. 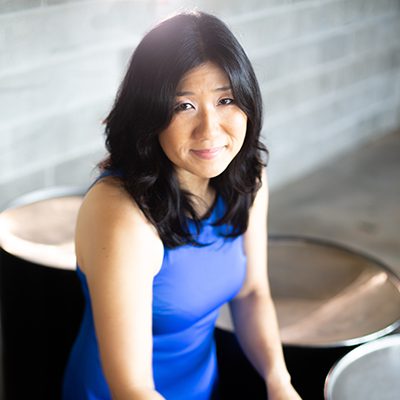 Asada is musical instrument technician at NIU where she directs the NIU Community School of the Arts Steelband and contributes to the daily operations of the NIU Steelband under the direction of Liam Teague.

She will be in Thailand later this month to lecture and present workshops on “history, music, construction and performing on steelpan instruments.”

She was invited by Khomkrich Karin, Dean of the College of Music at Mahasarakham University. The university is located about 290 miles from Bangkok in the Maha Sarakham Province of Thailand.

Asada has lectured and presented around the world, and recently arranged a traditional Thai folk song that the CSA Steelband performed at the fall NIU Steelband concert.