Fall NIU Steelband concert is a tribute to Al O’Connor 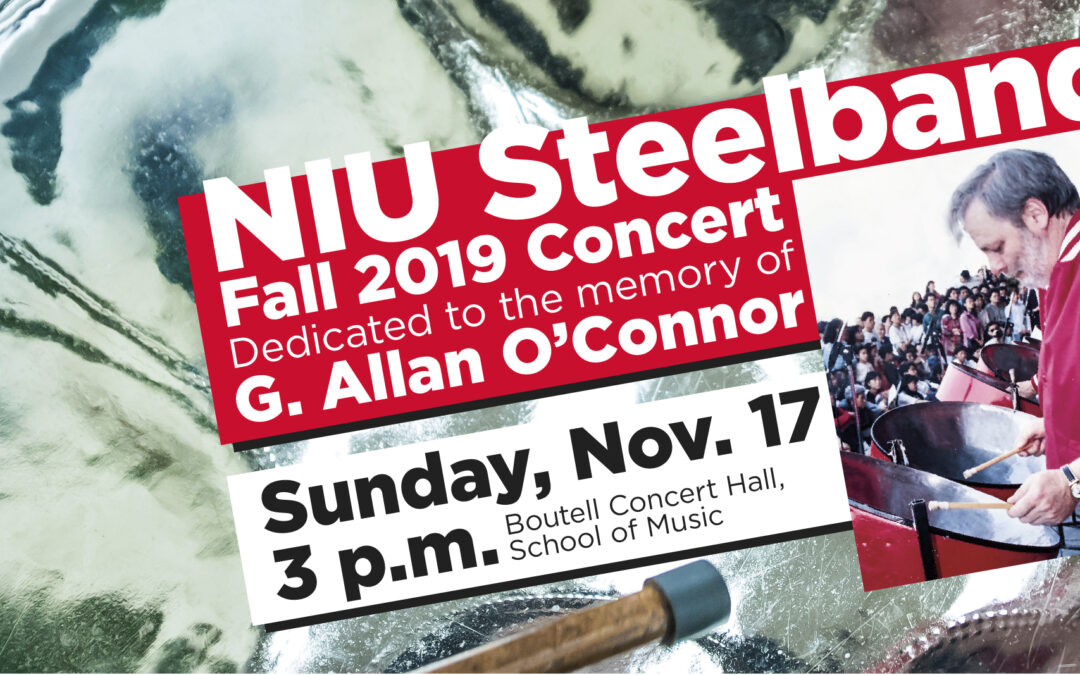 The NIU Steelband presents its fall 2019 concert Sunday, November 17, at 3 p.m. Central Standard Time (CST) at the Boutell Memorial Concert Hall in the Music Building on Northern Illinois University’s main campus in DeKalb. The program will also feature the NIU Steelpan Studio, All University Steelband and Community School for the Arts (CSA) Steelband.

The event will be dedicated to the memory of G. Allan (“Al”) O’Connor, the founder of the NIU Steelband program, former Associate Dean of Music, and Head of Percussion Studies who passed away in June. 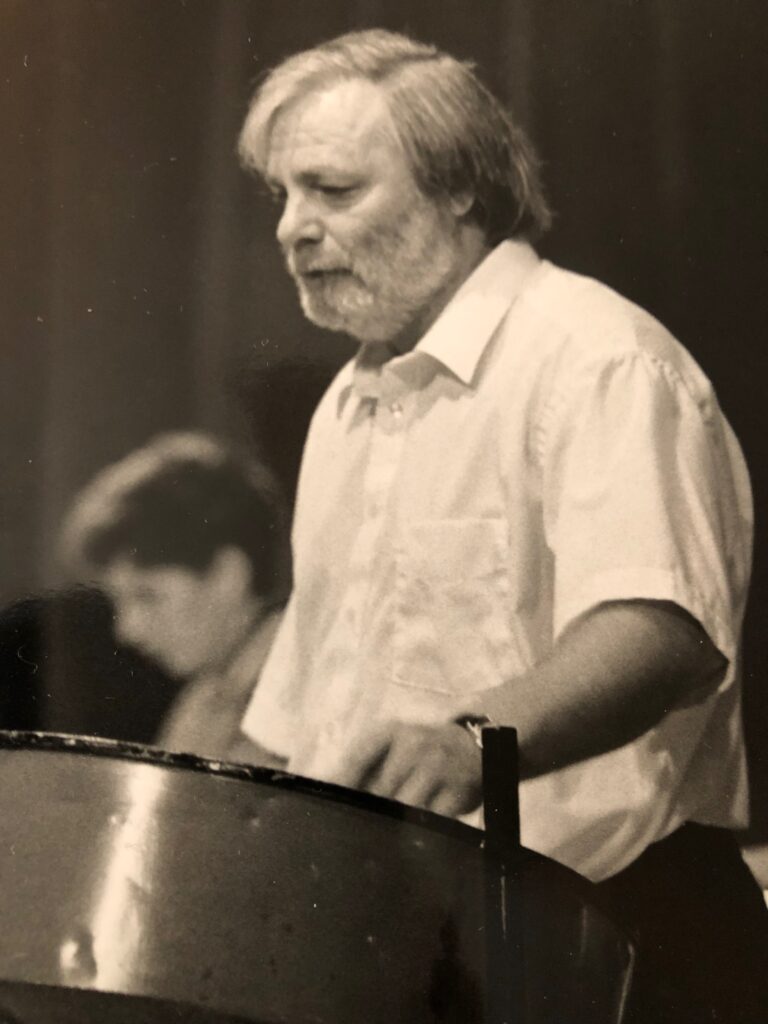 Al O’Connor was at the forefront of the development of the steelband art form in North America, and his pioneering work influenced the formation of steelband orchestras at educational institutions throughout the USA and Asia.

In 1973, O’Connor established the first actively performing steelband at an American university. Under the director of O’Connor and the late Clifford Alexis—whom Al convinced to join the staff at NIU—the band made many significant and memorable appearances including its performances at Yankee Stadium; PASIC (Percussive Arts Society International Convention), where they were the first steelband to perform at the convention; World of Drumming Festival in Seoul (2002), and two tours of Taiwan.

As an administrator and educator, one of O’Connor’s major accomplishments was the establishment of the first steelpan major at any university in the world. This bold move has had a profound impact upon many students, including a host of steelpan majors who have hailed from around the world.

Because of Al O’Connor’s vision and pioneering work, many graduates of NIU have gone on to teach at institutions around the world; establish their own steelband ensembles; create new music for the relatively new instrument and further highlight its versatility, uniqueness and profundity.

Liam Teague credits O’Connor’s vision and persistence in creating a unique program that continues to impact the lives of students, musicians and fans of music, including his own.

“Al O’Connor’s amazing mentorship, support and guidance over the past 20 years have allowed me to realize a number of academic and musical goals, including securing the position of Head of Steelband Studies and Professor of Music at NIU,” Teague said.  “He has also been significantly influential in my cementing a career an internationally respected steelpan soloist. As a result of this, I am now able to help groom a new generation of steelpan musicians, many of whom are already taking the steelpan into musical avenues largely unexplored.”

A wonderful percussion soloist and conductor, O’Connor premiered more than 25 compositions for percussion solo or ensemble and wrote more than 75 arrangements for steelband.  He spent a semester teaching and implementing a steelband program at the National Institute of the Arts in Taipei, Taiwan and was also an invited guest to the Taipei International Percussion Convention and 20th anniversary of Ju Percussion Group of Taipei.  While there, O’Connor participated in a 100-piece marimba orchestra concert, which was the first ever in the Eastern Hemisphere.

To further attest to the far reaching impact of O’Connor’s achievements, one can also look at the steelband program that he created in 1982, and directed until 2012, at the Birch Creek Music Performance Center in Egg Harbor, Wisconsin. Students who attend this summer music camp experience playing the steelpan for the very first time and, in many instances, eventually go on to perform in their respective high school and/or college steelbands. Some Birch Creek attendees have even taken it a step further and formed their own steelband ensembles.

In the early 1990s, together with Clifford Alexis, O’Connor was able to convince Lester Trilla, CEO of the Trilla Drum Company in Chicago, to implement a scholarship fund which would assist students primarily from the Caribbean to pursue music studies at NIU. Trilla agreed to do so, and through his philanthropy, a great number of students have been able to attain music degrees and go on to have successful careers in their respective homelands.