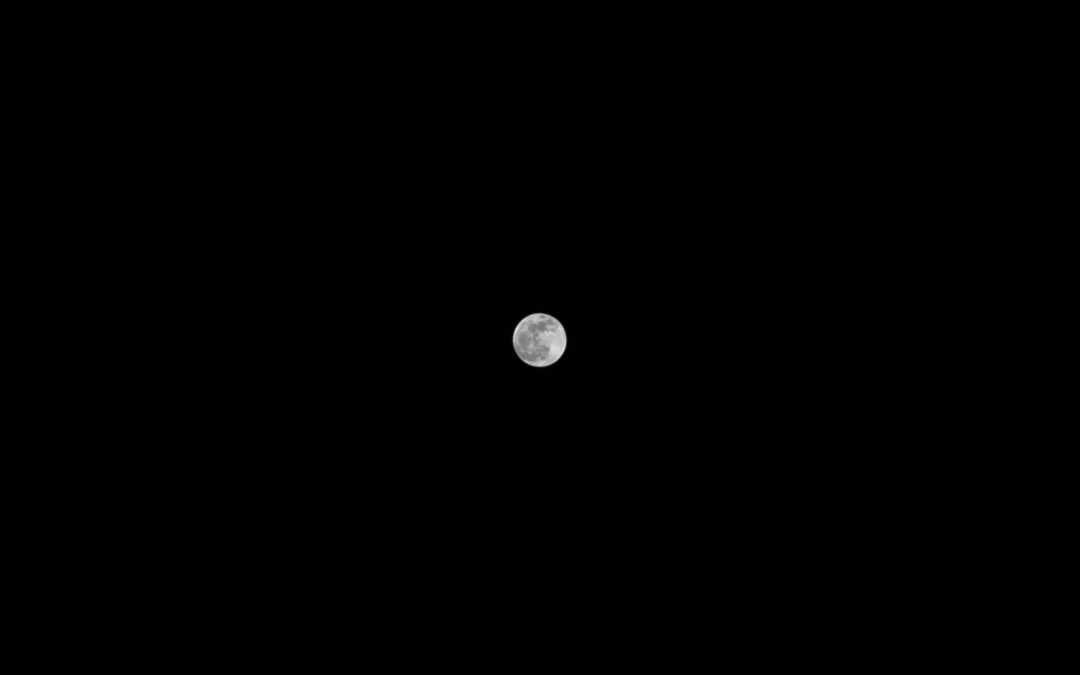 A rare confluence of events will occur this week when not only will we see the first Friday the 13th full moon in the Central Time Zone since 2000, it’s also what’s known as a “harvest moon” because it’s the full moon closest to the  September 23rd autumnal equinox.

If that weren’t enough, the size of the full moon is extremely rare.  This one won’t be a super moon, when it appeared to be extra big because it was at the closest point to the Earth in its monthly orbit around our planet.  This time it’s the opposite.  Friday’s full moon will appear 14 percent smaller than our last super moon in February, leading some to call it a micro moon. That’s because it’s nearly at apogee. Apogee is the point in the moon’s orbit where it’s at its greatest distance from Earth, 252,100 miles away.

Wouldn’t it be cool to get a really nice photo of the micro moon?  Maybe you tried and failed during the super moons in January or February.  Amy Fleming, a second-year grad student at the NIU School of Art and Design, where she is pursuing her Master of Fine Arts degree in photography, shares your interest in taking great photos of the night sky, and she has some tips to help you successfully capture the moment when the full moon returns.

Fleming says that it’s impossible to hold still long enough to get a good shot of the moon while holding your camera.  “On anything longer than a second, you’re moving, even if you don’t feel like you are.”  She says to get a really good, high quality shot of the moon your exposure will have to be at least 30 seconds.  So, set up your camera on a tripod and let it do its thing.

“I love photographing the moon,” she said. “I usually take a lot of shots.  I love experimenting with it and having fun with it.”  For even more information about getting quality shots of the moon she suggests this article from Photography Life.

Amy Fleming is a native of Frankfort, Ill,, and earned her Bachelor of Fine Arts in photography from NIU. She traces her interest in photography back to her middle school years when she would take her mom’s point and shoot camera and take shots of inanimate objects.  That grew into taking photos of her friends and for the high school yearbook at Marian Catholic High School in Chicago Heights.  She came to NIU and found her calling in fine arts photography.