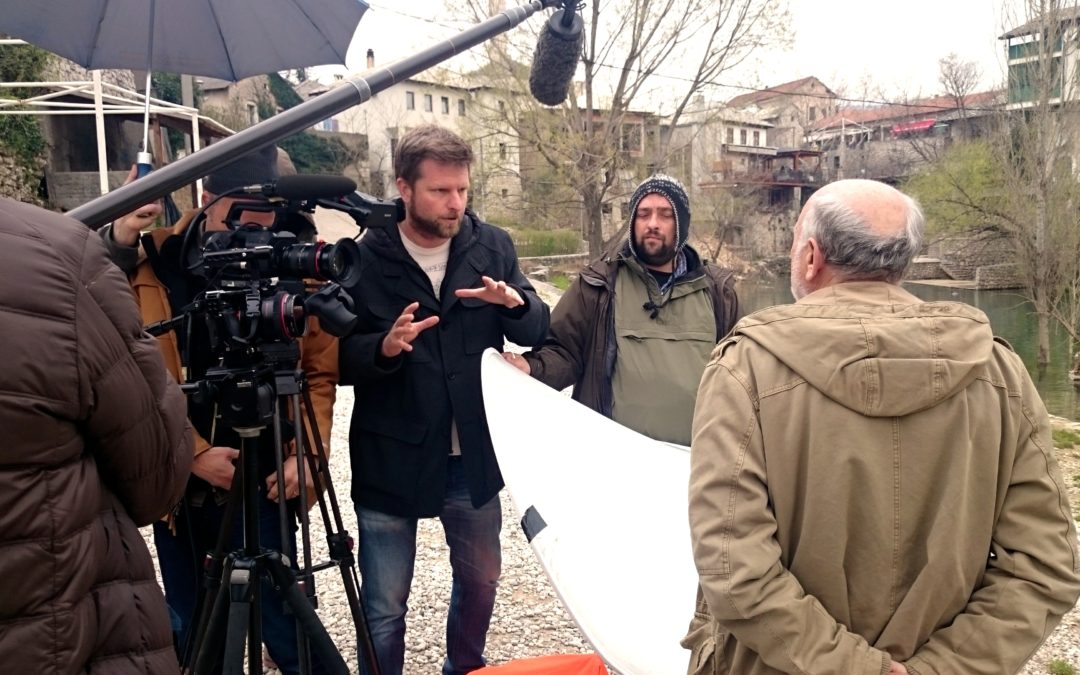 The Destruction of Memory, an 85-minute documentary on the increase in the destruction of culture and artifacts, kicks off the 2019-2020 Elizabeth Allen Visiting Scholars in Art History Series.  The film will be shown, free of charge and open to the public, Tuesday, September 24 at 5 p.m. in room 100 of Jack Arends Hall on NIU’s main campus, followed by a question and answer session with filmmaker Tim Slade.

Over the past century, cultural destruction – the purposeful destruction of buildings, books and art in order to erase collective memory and identity – has wrought catastrophic results on every continent. But the war is by no means over – if anything, it’s been steadily increasing. Based on the acclaimed book by Robert Bevan, The Destruction of Memory looks at how and why this has happened, and how the push to protect, salvage and rebuild has moved in step with the destruction.

People willingly risk their lives to protect not just other human beings, but their cultural identity – to safeguard the record of who they are. Heroic acts are needed more than ever. In Syria and Iraq, the ‘cradle of civilization’, millennia of culture have been destroyed.

The tide is turning. These stories are being reported. Perpetrators are being brought to justice. Awareness is growing. The film proposes hope. Increasingly, the power of modern technology is being harnessed to document, protect, and to play a role in the rebuilding process.

Interviewees for The Destruction of Memory include the Director-General of UNESCO, as well as diverse and distinguished international experts.

Tim Slade’s films have screened throughout North and South America, the UK, Europe, Asia, Australia and New Zealand on television, at film festivals, and theatrically. He has directed documentaries such as the feature length ‘4’, which won a Gold Plaque at the Chicago HUGO Television Awards, and was nominated for awards at the Banff World Television Festival, the International Documentary Association Awards, and the Australian Film Institute Awards. Other documentary films include ‘Blank Canvas’ and ‘Musical Renegades’ and the short dramas ‘Every Other Weekend’ and ‘I Was Robert Mitchum’. His films have screened at more than 70 international film festivals. He studied film at the College of Fine Arts, University of New South Wales.

The Destruction of Memory
Tuesday, September 24, 5 p.m.
Jack Arends Hall (Visual Arts Building) Room 100
85 minute film, followed by a Q and A with director Tim Slade
Free of charge, Open to the Public