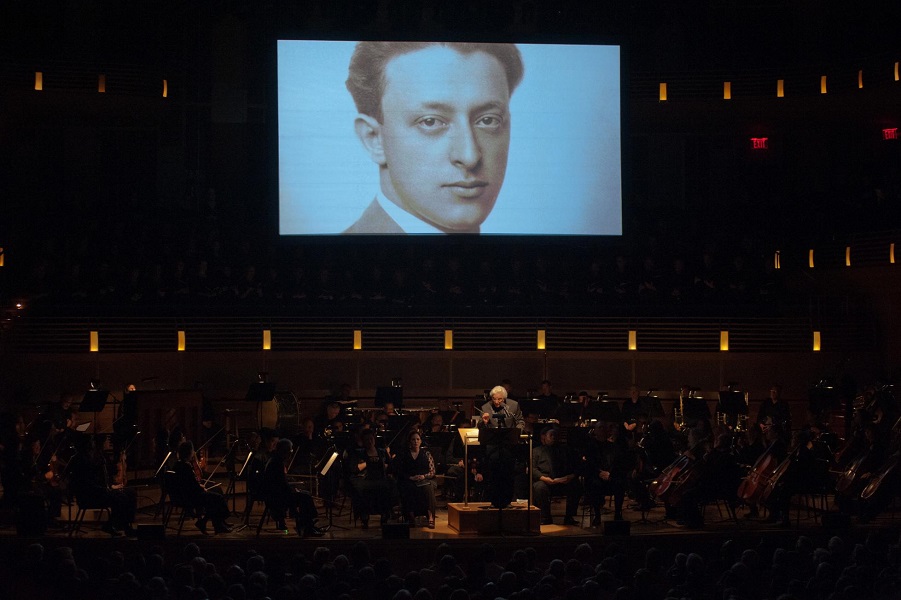 The signature concert of The Defiant Requiem Foundation, Defiant Requiem: Verdi at Terezín, tells the story of the courageous Jewish prisoners in the Theresienstadt Concentration Camp (Terezín) during World War II who performed Verdi’s Requiem while experiencing the depths of human degradation. With only a single smuggled score, they performed the celebrated oratorio sixteen times, including one performance before senior SS officials from Berlin and an International Red Cross delegation. Conductor Rafael Schächter told the choir, “We will sing to the Nazis what we cannot say to them.”

Defiant Requiem: Verdi at Terezín is a concert-drama that was conceived and created by Foundation President, Maestro Murry Sidlin. It combines the magnificent music of Verdi with video testimony from survivors of the original Terezín chorus and footage from the 1944 Nazi propaganda film about Theresienstadt. The performance also includes actors who speak the words of imprisoned conductor Rafael Schächter and others.

The performance at NIU will feature the NIU Concert Choir, the NIU Philharmonic, Cor Cantiamo, Voices in Harmony, and the McHenry County College Chamber Choir. The performance will be conducted by Maestro Murry Sidlin and soloists include Sara Gartshore (soprano), Susan Platts, (mezzo-soprano), Andrzej Stec (tenor) and Samuel Handley (bass).

Due to high demand it is recommended to purchase tickets online before the concert, though tickets will be sold at the door space permitting.  Tickets are $10 for adults and $5 for students.

A companion art exhibition, Expressions of Defiance, presented by the Jewish Artists Collective-Chicago will be held from the date of the performance through May 15 in the Reynolds Whitney Gallery adjacent to the concert hall.  The exhibition is free and open to the public.

Bent by Martin Sherman is a collaboration project between Northern Illinois University’s College of Visual and Performing Arts, The Graduate School, Gender/Sexuality Resource Center, School of Theatre and Dance, School of Music, and School of Art and Design.  The play brings awareness to the persecution of homosexuals during the Holocaust, and will be performed Thursday May 2 to Saturday May 4 at 7:30 p.m. each night in the Black Box Theatre in the NIU Stevens Building, home to the NIU School of Theatre and Dance.

Tickets for Bent are $5 for NIU students and $10 for adults. Tickets are available at https://bent.brownpapertickets.com 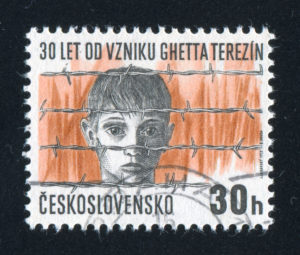 Arts and Culture at Terezin

Situated northwest of Prague, Terezín was originally founded as a garrison city under Emperor Joseph II at the end of the 18th century. After the destruction of Czechoslovakia by the national socialist occupiers in 1938, a Gestapo prison was established in Theresienstadt’s so-called “Small Fortress.” In the autumn of 1941 this civil town, whose inhabitants were relocated bit by bit, became a transit and collection camp for Jews of the region then called the “Protectorate of Bohemia and Moravia.”

Terezín became the so-called “old-age ghetto” for war invalids and persons of special merit in the First World War, as well as for well-known Jews including scholars, philosophers, scientists, visual artists, and musicians of all types, some of whom had achieved international renown, and many of these contributed to the camp’s unique cultural life.

The Nazis kept a tight rein on the world’s perception of activities within Terezin proclaiming it a “village gifted by the Führer to the Jews.” In a propaganda effort designed to fool the Western allies, the Nazis publicized the camp for its rich cultural life. This included preliminary deportation of the more sickly to Auschwitz to minimize the appearance of overcrowding and a late 1943-44 beautification and embellishment campaign constructing fake shops and cafés along a controlled tour path in preparation for a June 23, 1944 delegation from the International Red Cross to view the camp.

Imprisoned visual artists including Bedřich Fritta, Norbert Troller, Leo Haas, Otto Ungar, and Petr Kien, were officially employed by the Arts Department to create drawings of life and work at Terezin on the orders of the SS. The artists, however, depicted the ghetto’s actual conditions in their spare time. Several of these artists were caught smuggling their work out of the ghetto and accused of “atrocity propaganda” and tortured. Much of their artwork was not rediscovered until many years later, and has been a useful tool for historians.

Drawings and paintings by the children interned at the camp were also smuggled out or hidden in the walls at Terezin and have become testimony to the courage of the children and their teachers, who continued to live, to teach, to paint, to learn, and to hope, despite the constant fear of violent death, a fear based on a realistic assessment of the situation in which they found themselves.