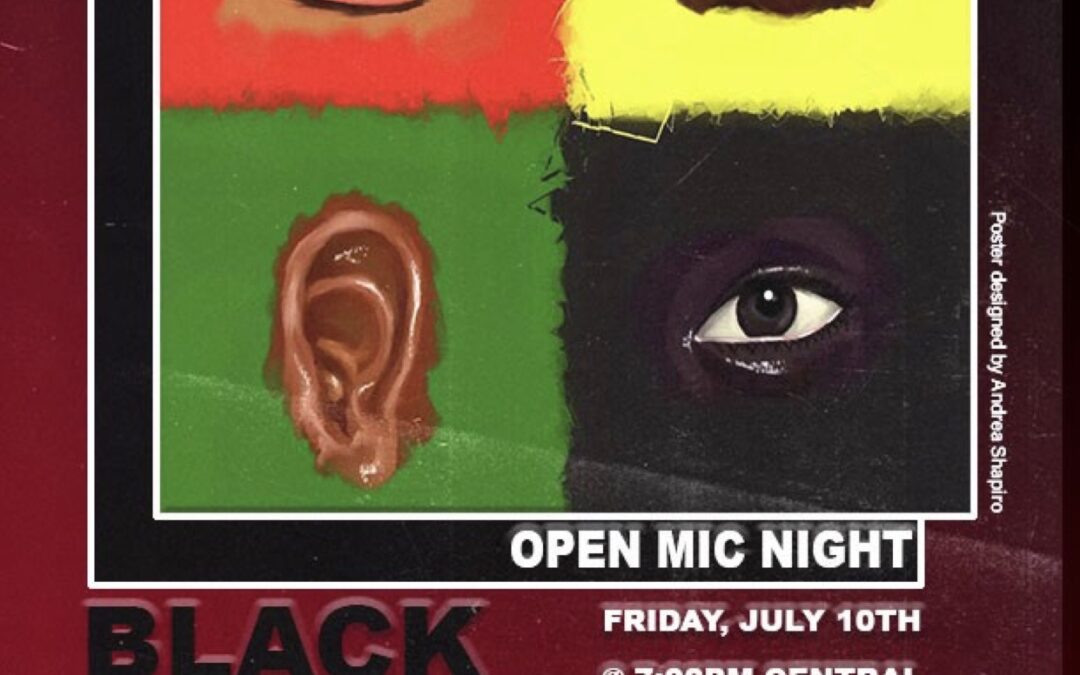 The School of Theatre and Dance Student Advisory Committee sought to give students and alumni an outlet for expression by hosting Black Art Matters, an online open mic night, July 10.

Brandon Sapp, a BFA Acting major and member of the Student Advisory Committee, said the purpose of the event was to provide a way for “art to be present in the midst of all the tragedy.”

More than a dozen students and alumni participated in the open mic night, with performances ranging from spoken word, to poems, to songs.

“We wanted to create an event that would make black artists feel their talents and art was enough to contribute to the fight of racial injustice,” Sapp said. “We wanted to provide a platform that encouraged free expression without judgement and to feel confident to speak out. I was amazed by the grate amount of black artists who came out and shared their work.”

Sapp said the idea is for Black Art Matters to become an annual event, and that the school’s Student Advisory Committee will develop a Black Art Matters website to give BIPOC students an opportunity to express their thoughts, support the work of black artists and black owned businesses, to showcase past shows with black representation and suggest ideas for events for their artistry throughout the academic year.

He said it was gratifying to see the open mic performances. “Seeing everyone collectively stand firm in their truth, however it appeared, was amazing to me,” he said. “It made me feel like we are more than capable of fighting against racial injustice constructively and willing to support each other during tragic times. During the event, we asked for donations toward the Black Lives Matter Movement and for everyone to sign a petition for Breonna Taylor, which was just as impactful as the event itself.” 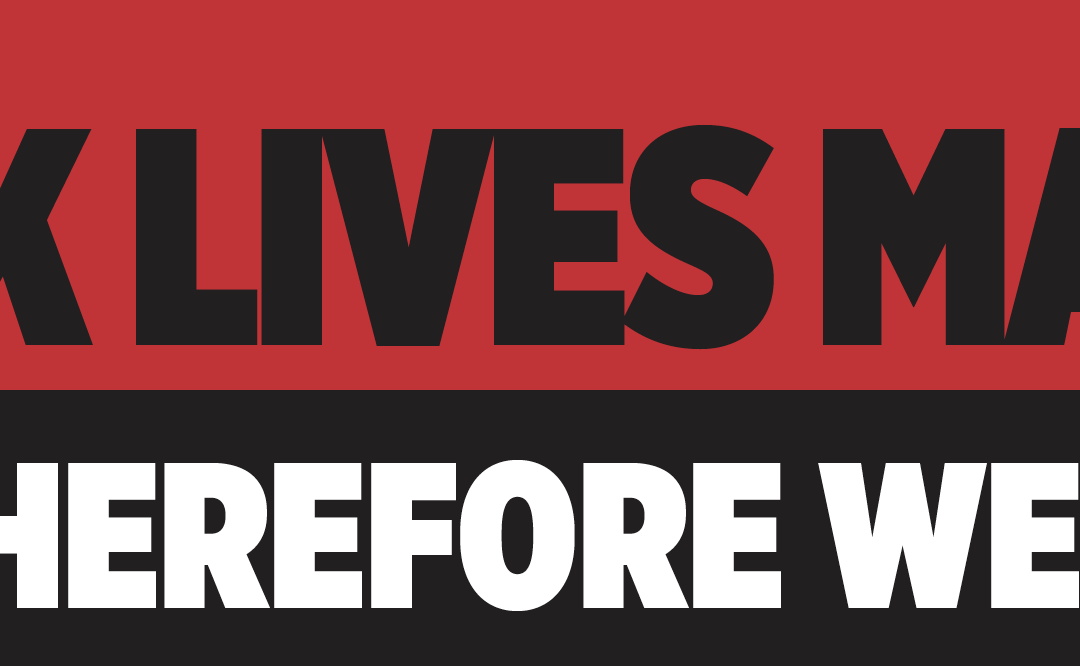 In June, as a way of response to and support of, the Black Lives Matter movement, an ad hoc group of faculty in the NIU School of Music began collaborating to craft a statement with the objective that it would direct a path forward for the school, its students, faculty and staff. 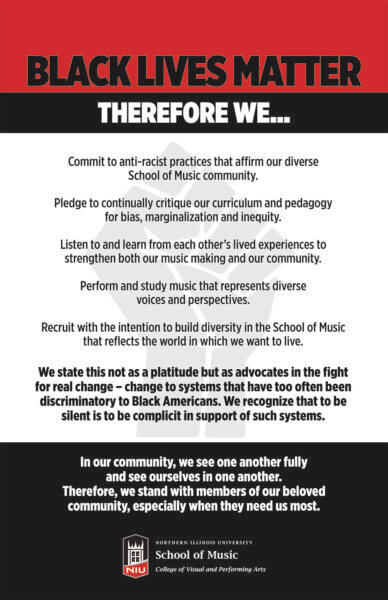 “The intent,” Thomas said. “Was not to release an obligatory response filled with empty gestures, but a statement of real support and accountability. We wanted to express our desire to be purposefully anti-racist and create measures to hold ourselves accountable. Our statement is meant to be a framework for those in our community to create meaningful change when needed to our teaching, curating and recruiting.”

Glendening said the working group functioned as a “think tank” and he envisions that they will continue to work as a steering committee to develop a web page to report out on the progress of their intended actions.

The eight members of the committee were among those who had previously participated in a Diversity+Equity (CODE) workshop, and Villanueva said their discussions from the very beginning revealed the group was determined to develop a statement that would boldly defend the Black Lives Matter movement and make a commitment to seek real change.

Villanueva said he believes the outcomes from this process would include a commitment to actively engaging in anti-racist actions in a variety of areas from the recruitment of a more diverse body of students, faculty and guest artists, to multi-cultural experiences that proactively facilitate multicultural understanding and programming music that enlightens the minds of students related to social justice, to discussions of the history of civil rights in America and the importance of art—specifically music—as a catalyst towards meaningful social, cultural and economic progress.

“Going forward, our community should expect to see thoughtful programming in our performances that reflects our entire society,” Thomas said. “Students should expect to see language and practices in course materials that have been vetted for any unintended biases. We will hold ourselves accountable and responsible for recruiting efforts that make NIU accessible to all populations.”