Kerry Freedman, Professor of Art Education in the School of Art and Design at NIU was named the winner of the 2018 Lowenfeld Award, granted annually by the National Art Education Association and considered the most significant award in the industry. As well as receiving the award, Freedman gave the Lowenfeld Lecture at the annual meeting of the NAEA this March in Seattle. 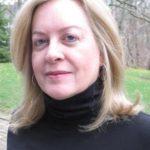 The award is named in honor of Viktor Lowenfeld, who, as professor of art education at Penn State University was credited with helping to “define and develop the field of art education in the United States.”

Lowenfeld was born in Austria in 1903 and taught art in elementary schools while attending the Vienna Academy of Fine Arts.  He fled Austria in the run up to World War II and was aided in that effort by art educators who first helped him get to Italy and then, on to England where he received assistance from Herbert Read, a prominent philosopher who was a key factor in the development of art education there.

Lowenfeld eventually made his way to the United States and taught psychology at Virginia’s Hampton College, one of the first African-American colleges in the country.  At Hampton, several of his students became prominent artists, including John Biggers, Elizabeth Catlett and Samella Lewis.

In 1946, Lowenfeld moved on to Penn State where he establish the first doctoral program in art education.  Penn State is now one of the largest art education programs in the nation, part of a group that includes NIU, Ohio State, Florida State, and University of Arizona. 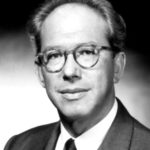 The book describes the characteristics of child art at each stage of development and prescribes appropriate types of art media and activities for each age.  His views of child art were grounded in a psychoanalytic orientation in which evidence of aesthetic, social, physical, intellectual and emotional growth is reflected in the art of children and the concept of stages of growth in art.

For Freedman, who has taught art education at NIU for the last 18 years, earning this award from her peers is as much about honoring the legacy of Lowenfeld as it is being recognized for her scholarly work and leadership.

“It’s such a highly valued award for two reasons,” Freedman said.  “It’s an honor to receive recognition for your own, contemporary scholarship, but also, it recognizes that you have carried on the legacy of Lowenfeld’s leadership and service to the field.”

Freedman considers herself a “second generation Lowenfeldian” because she was taught during her undergraduate studies at the University of Illinois by Professor Kenneth Lansing, who himself studied at Penn State under Lowenfeld.

As recipient of this year’s award, Freedman gave the 2018 Lowenfeld Lecture at the NAEA National Conference in Seattle, Washington.  Her lecture was titled, “What is the role of ‘interest’ in art education now?”

“I chose to talk about student interests and how important it is when you teach K-12 art to attend to student interests and culture,” she said,  “Lowenfeld focused his research on delineating stages of artistic growth, but at the same time he wrote about the characteristics of art that lead to the healthy growth of human beings.  For Lowenfeld, children’s art was a response to authoritarian control.  He argued that learning to express oneself visually provides a psychological and intellectual freedom.”

Freedman presented her lecture on March 24, which was also the day of the March for Our Lives events across the country to protest for stricter gun control laws.  Seattle held one of the largest marches in the country.  “If I hadn’t been speaking, I would have been marching,” she said.  “I was able to make a connection between the march and student interests, both as a foundation of student art making and because kids have a lot of important stuff to say.”

“Schools have become so focused on standards and other forms of centralization, that children’s expression is often undermined, except through art,” Freedman said.  “In K-12 art education, we teach students to engage with the broad range of visual culture, to develop visual literacy, and to take advantage of their freedom to express through the arts.  Our graduate students who are teachers fight for student art every day.  We prepare our undergraduates to do the same.  I’m proud to maintain that legacy.”