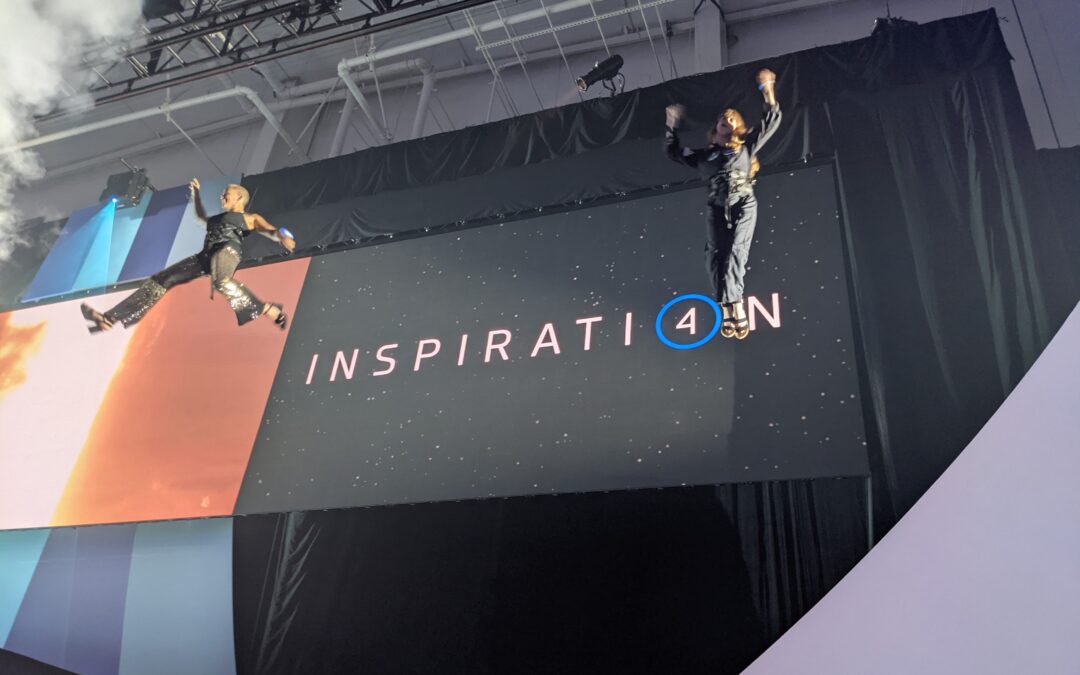 On September 20, a SpaceX four-person crew who had spent three days in orbit splashed down off the Florida coast. One of those four crew members was Hayley Arceneaux, a 29-year old physician assistant at St. Jude Children’s Research Hospital in Memphis, Tenn. When Hayley was 10 years old she was a patient at St. Jude’s. A bone cancer survivor, she is the first person with an internal prothesis in space.

After the splashdown, the Inspiration 4 crew celebrated not just the successful mission, but also that the mission had reached the goal of raising more than $200 million for St. Jude’s. At the party, revelers enjoyed the music of Collective Soul and Three Doors Down, and got to experience some soaring of their own, thanks to Vertigo, a theatrical effects company owned by NIU School of Theatre and Dance Technical Director and Head of Design and Technology Tracy Nunnally.

The company had been contacted just four days before the party with a request from the group hosting the event for SpaceX. Nunnally said his team, which includes School of Theatre and Dance Master Electrician Chris Kurszewski, was able to put the necessary equipment on a 53-foot trailer less than 22 hours after the initial request. They then booked last minute tickets to Orlando and were there to complete the necessary set up, programming and testing in about 12 hours to have it all ready in time.

The crew from Vertigo was there to fly the astronauts, St. Jude donors, members of the two bands, some VIPs and most importantly, some of the St. Jude children who were able to attend the event. 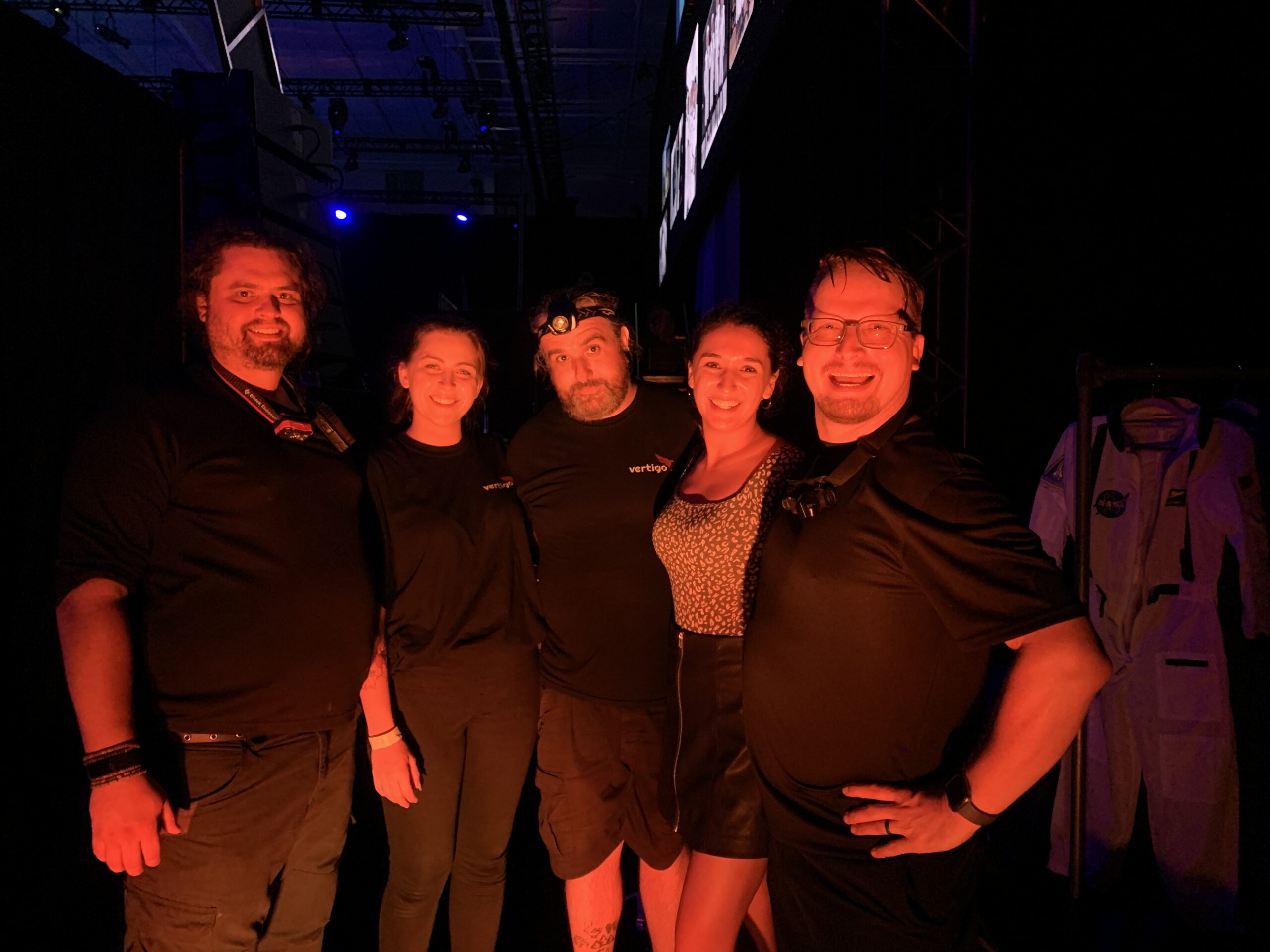 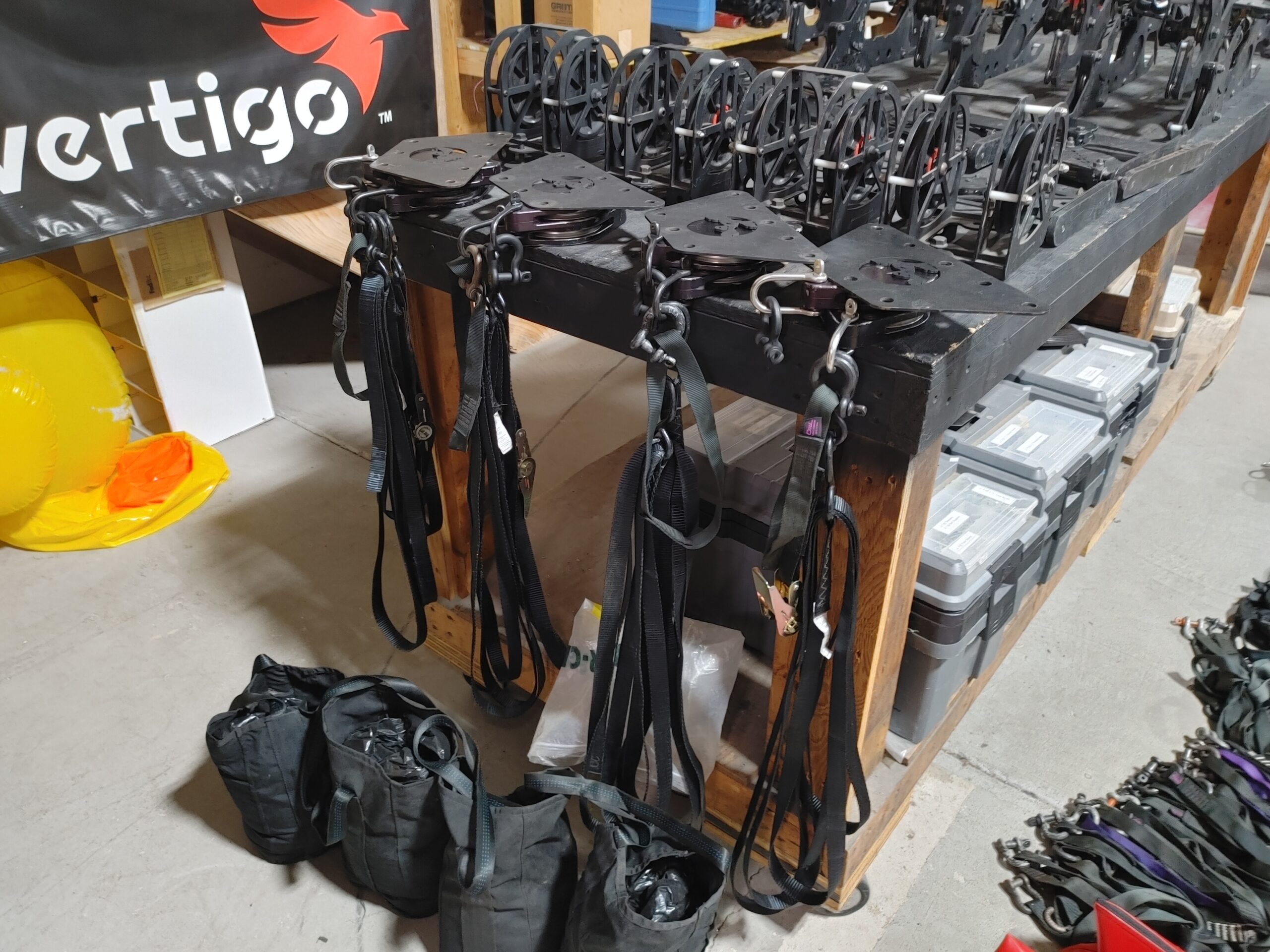 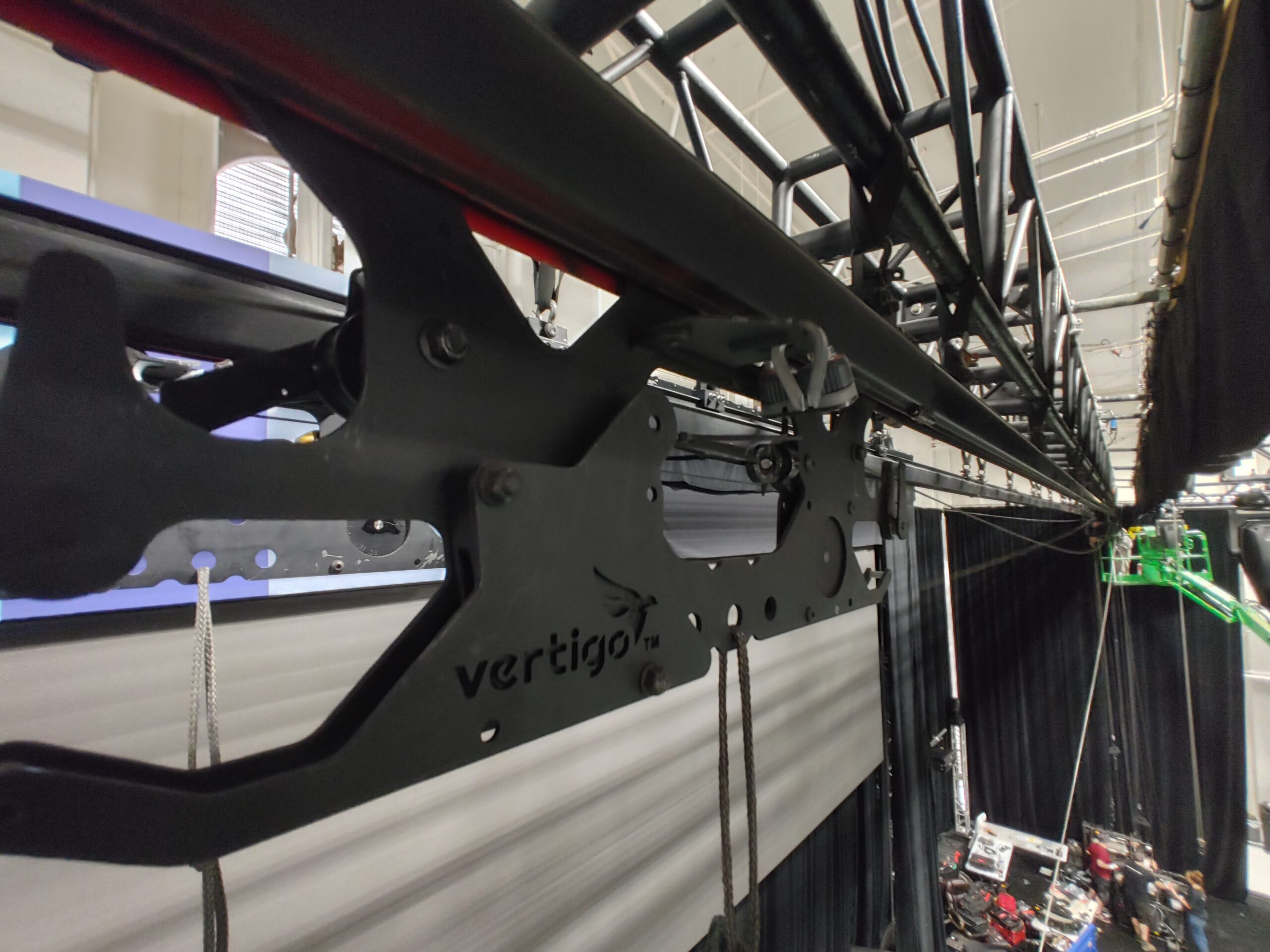 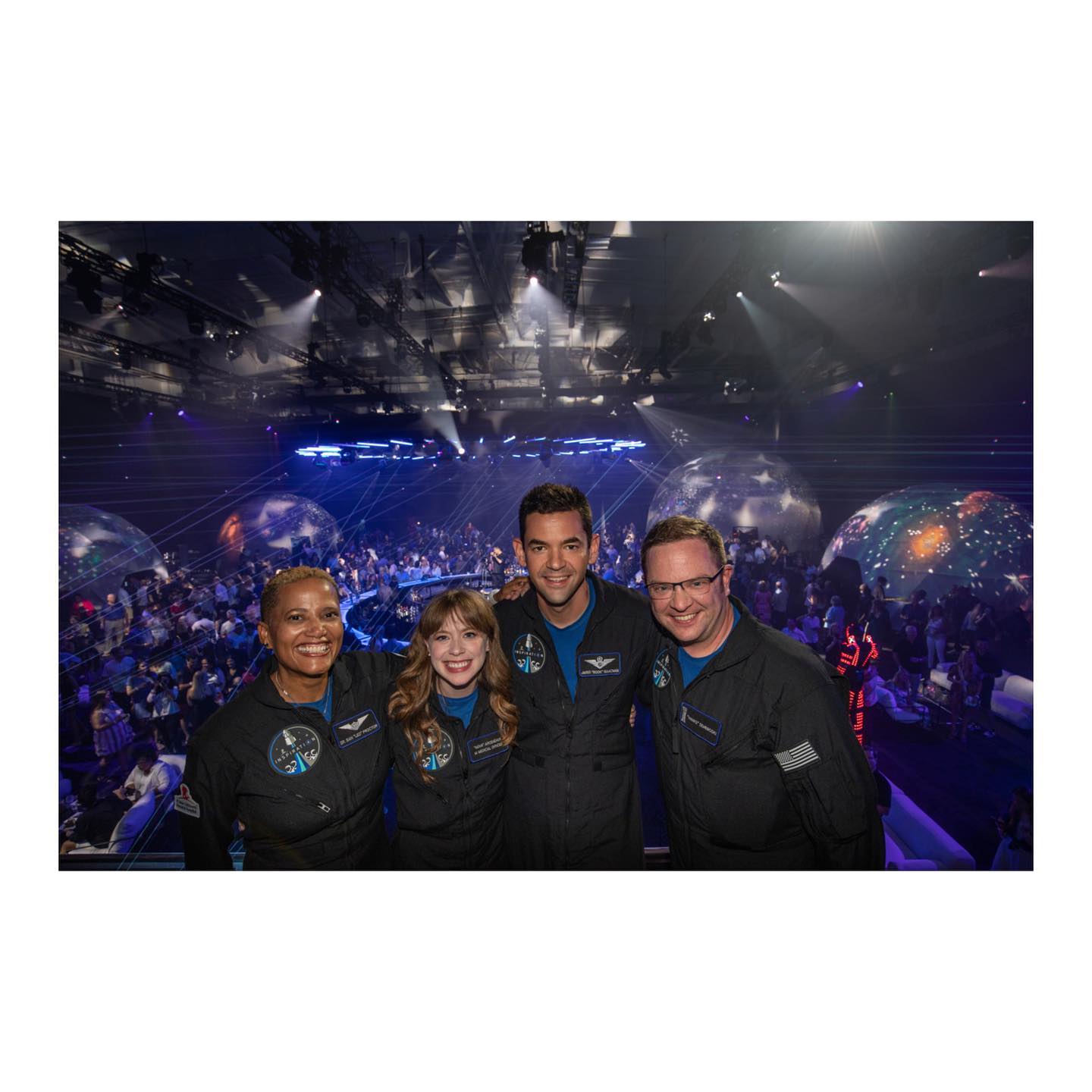 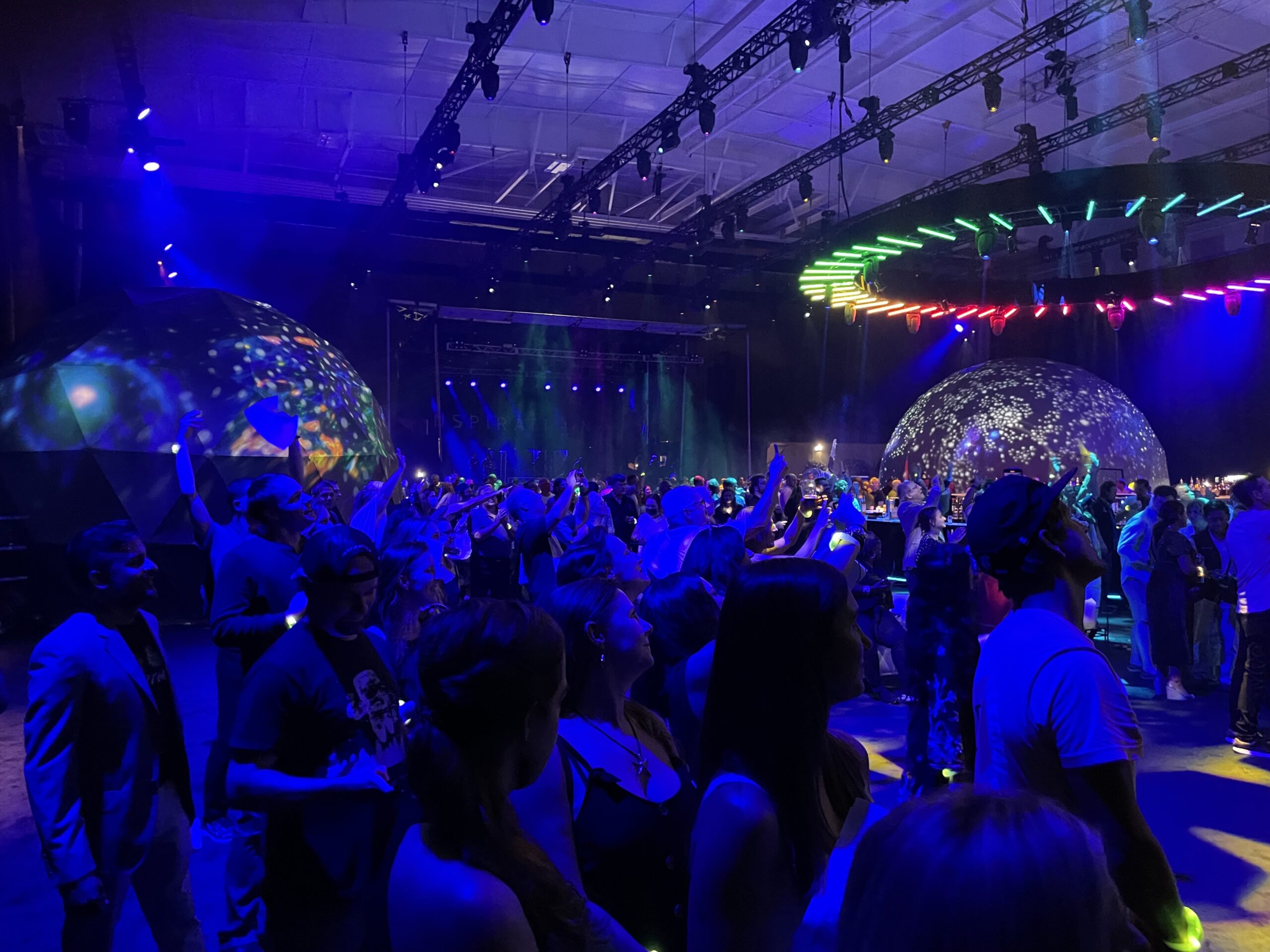 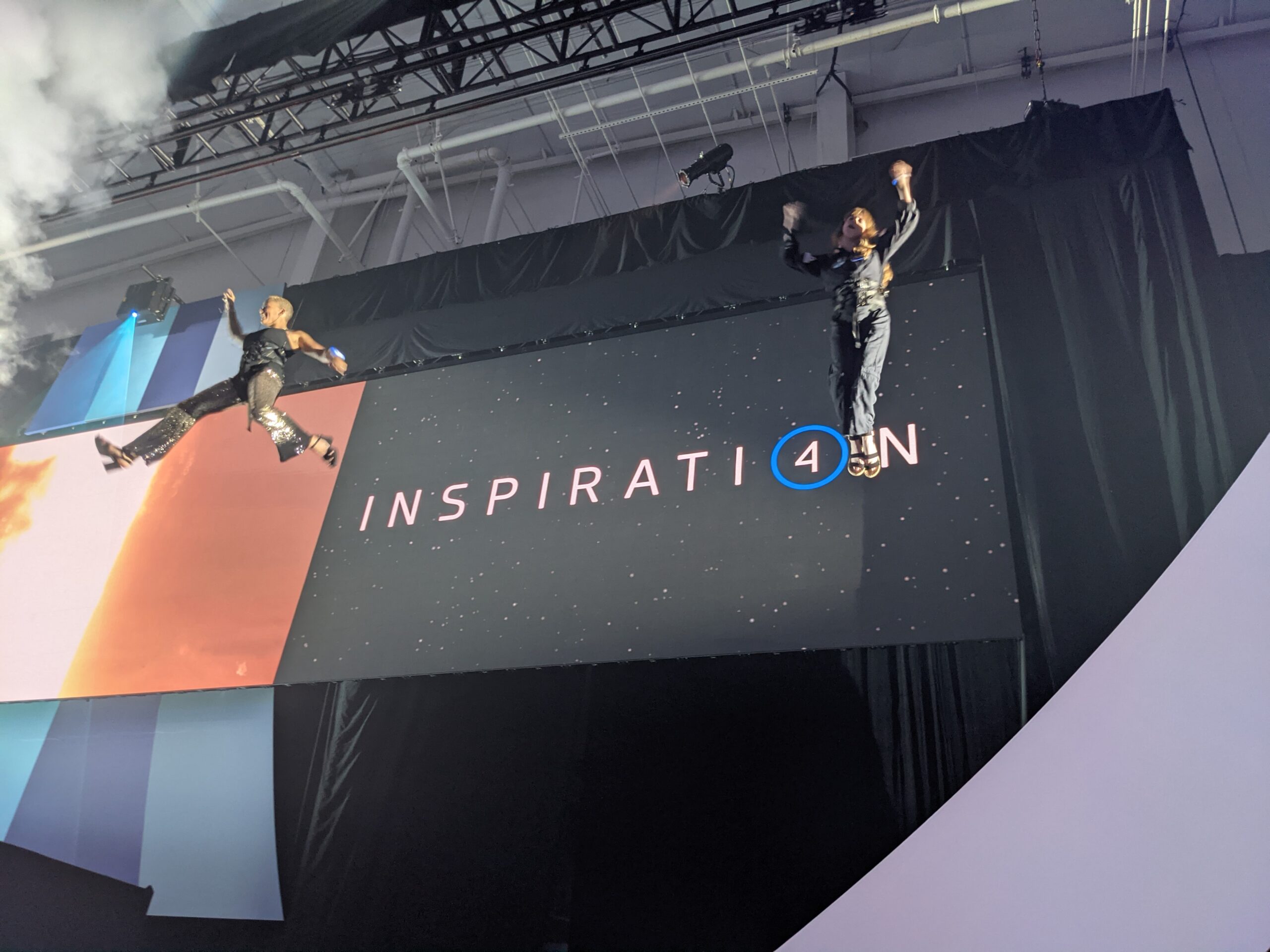 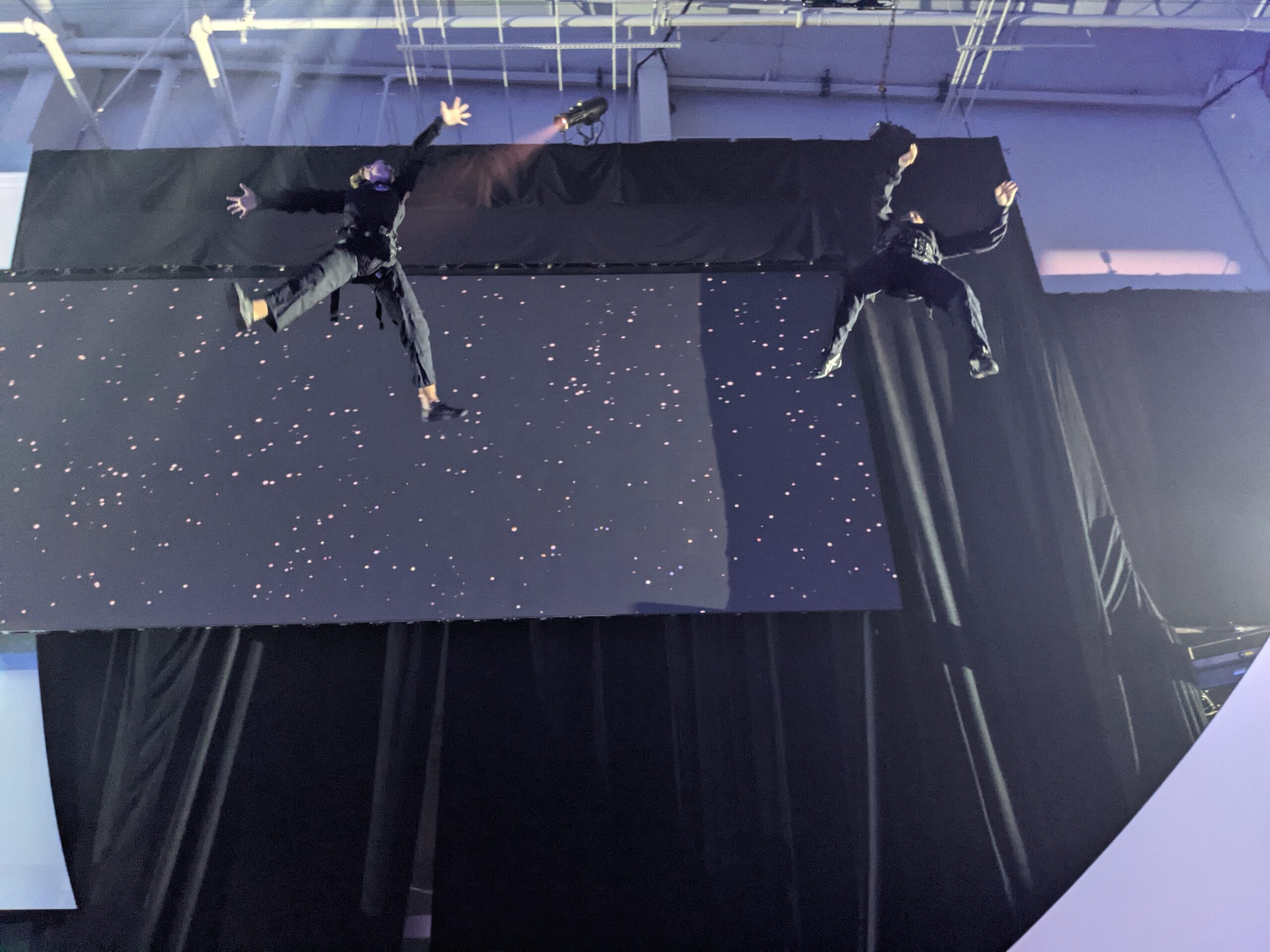 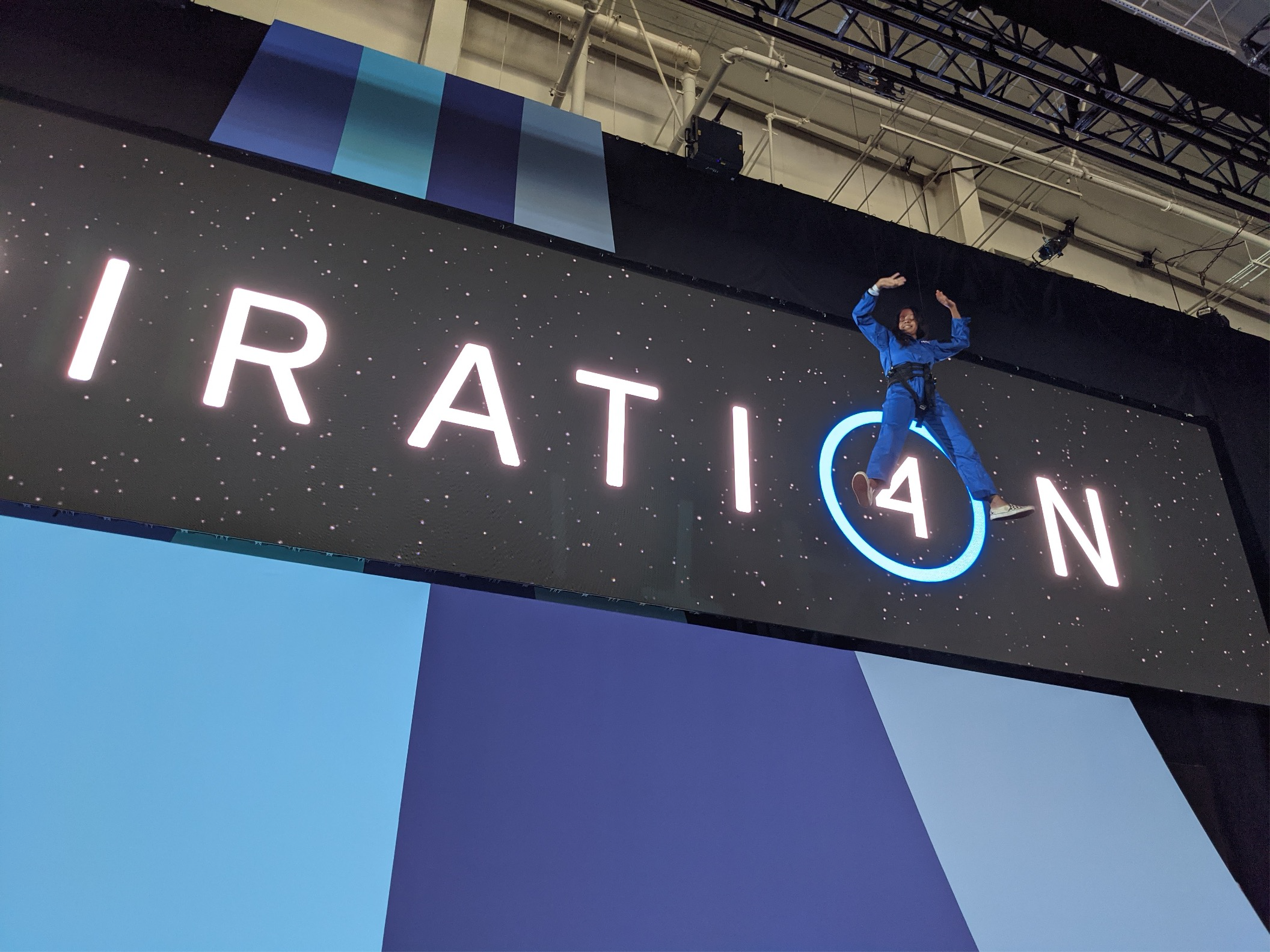 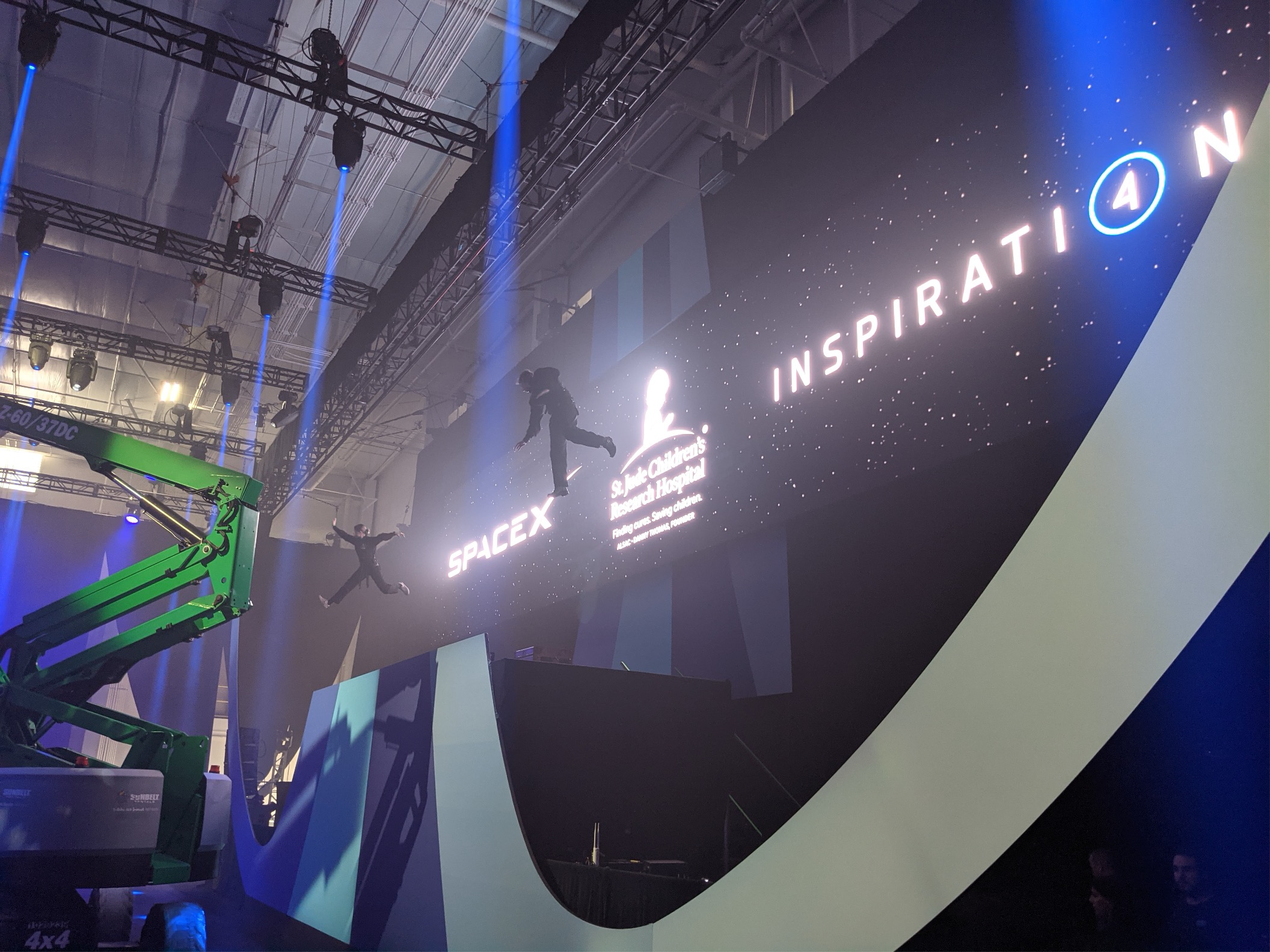 “I would not trade the pure joy and happiness experienced by these kids and their parents, as well as the sweet, amazing and generous people at SpaceX and St. Jude for anything in the world,” Nunnally said. “Our Vertigo crew worked from 9 a.m. to 3 a.m. on Monday night [Sept. 20] and would not leave until everyone who wanted to fly had a chance to be trained and take a short flight across the stage.”