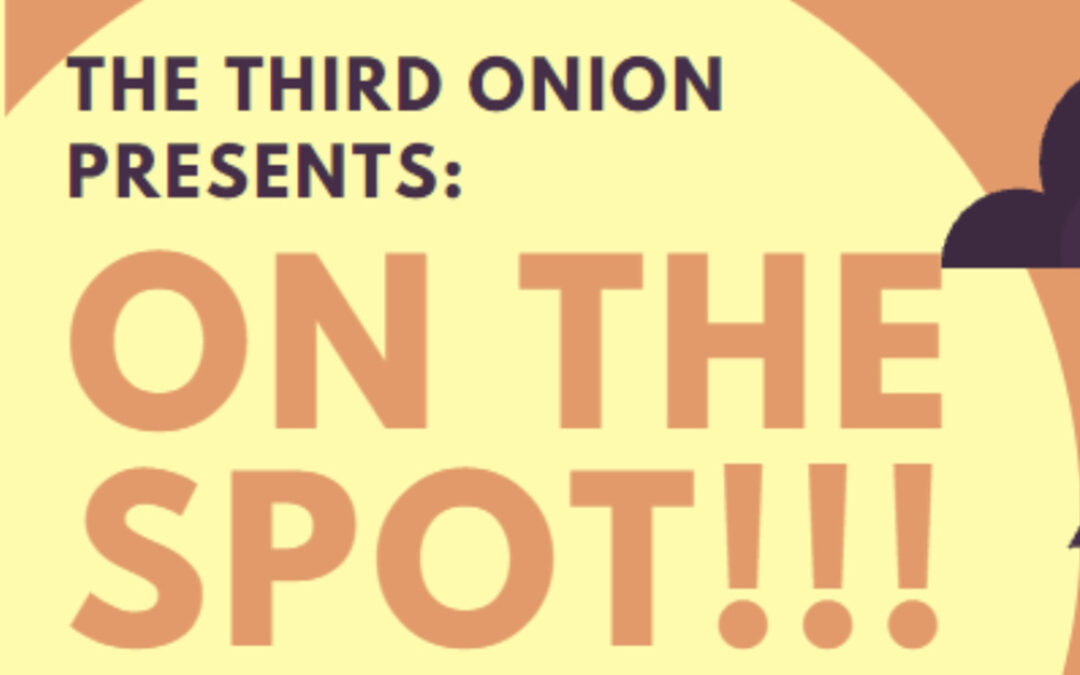 Part improvisational theatre, part late-night comedy club, On the Spot invites audience members to shout out ideas for Xavier Smith’s improv troupe to develop on stage and “on the spot.” In between skits and games, three stand-up comedians will perform seven-minute sets of their best material. The last number of the evening will be a high-energy game the improv troupe calls “Madrigal.”

“On the Spot!!!” is a production of NIU’s Third Onion a long running project that allows students in the NIU School of Theatre and Dance to propose and produce their own work.

In addition to Smith, the performers are Logan Blake, Adriel Compean, Joey Filpi, Jack Gordon, A.J. Leidig and Qwayland McGowen. All are students at NIU’s School of Theatre and Dance.

“I have a deep love for everything comedic,” confides troupe leader Smith. “All summer I was in and out of comedy clubs all around Chicago. I saw Corey Holcomb perform. I saw DeRay Davis and Gary Owen and I thought, ‘why not bring club comedy back to NIU?’”

Smith promises that “laughter is the best medicine—even in times of pandemic.” While laughing out loud is permitted, performers and audience members will wear masks throughout the performance.

Performances will be in Corner Theater, located in NIU’s Stevens Building (behind the McDonald’s on West Lincoln Highway). Curtain time is 10:30 p.m. all three nights. General admission is $3.50 at the door, cash, Venmo and Cashapp accepted. Reservations aren’t needed.