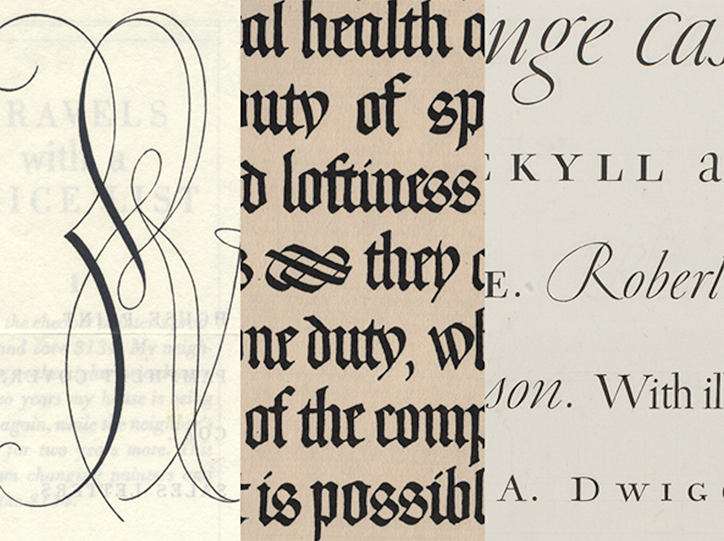 The School of Art and Design is hosting a visiting artist lecture by calligrapher, type designer and design historian Paul Shaw, on the words American graphic artist W.A. Dwiggins.

William Addison (W.A.) Dwiggins was a master calligrapher, book designer, and type designer. He began his career in Chicago working in advertising and lettering. He eventually moved to Massachusetts. He gained recognition as a lettering artist and wrote much on the graphic arts, his book Layout in Advertising was written in 1928 and remains a valuable reference still today.

Paul Shaw is a designer and design historian. He holds a BA in American Studies from Reed College in Portland, Oregon, and an MA and MPhil in American Histoory from Columbia University. He has researched and written about the history of graphic design with a focus on typography, lettering and calligraphy.

Shaw’s lecture, “The Lettering and Calligraphy of W.A. Dwiggins” will be presented via Zoom, Wednesday, November 4 at 9:30 a.m.